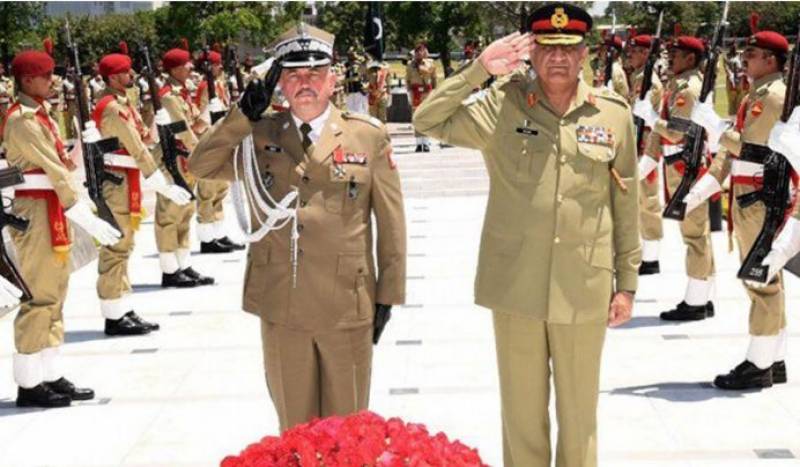 According to Inter-Services Public Relations (ISPR), issues of mutual interest including defence, training and security cooperation between the two armies were discussed during the meeting.

“The visiting dignitary acknowledged and appreciated Pakistan Army's professionalism, efforts in fight against terrorism and contributions towards regional peace and stability,” the ISPR said.

Earlier, on arrival at GHQ, the commander of the Polish Armed Forces laid floral wreath at Yadgar-e-Shuhada. A contingent of Pakistan Army presented the guard of honour to the visiting dignitary.