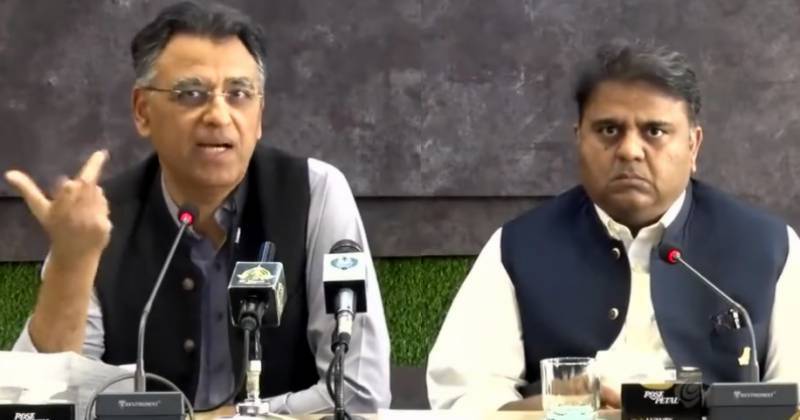 Speaking to media persons after the verdict, PTI's Secretary General Asad Umar said that the party would challenge the verdict in the high court.

On this occasion former minister and PTI leder Fawad Chaudhry said that the commission had given the verdict they had hoped for.

"They are only targeting Imran Khan," he said.

The PTI leader said that the ECP and its members are not competent to make this decision. "Who are you [ECP] to take a this decision?" he questioned.

ECP's attitude had always been the worst. “We never pinned any hopes on it.”

“This is a shameful decision. They have disgraced the 220-million-strong-nation.”

The former minister termed the decision as an assault on the institutions of Pakistan and called on PTI cohorts and the public at large to come out for protests against this outrage.

According to the verdict, the PTI chairman is no more a member National Assembly. The ECP stated that Imran submitted a false affidavit and found involved in corrupt practices, adding that criminal proceedings will be initiated against the former premier for false declaration.