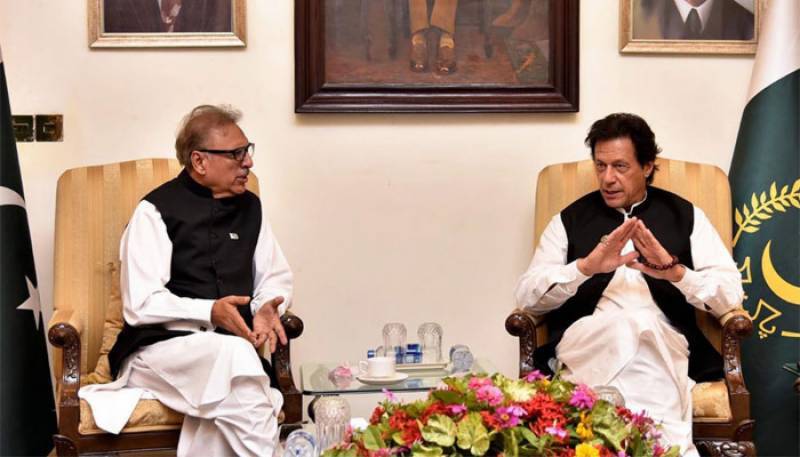 In their separate messages to the nation, on Youm-e-Ashur, the prime minister and the President have called for unity to fight terrorism and counter the nefarious designs of enemies of the country.

In his message, President Dr Arif Alvi said Youm-e-Ashur reminds us of the great sacrifices of martyrs of Karbala to uphold supremacy of truth and Islam.

He said martyrdom of Hazrat Imam Hussain (RA) teaches that Muslims should not refrain from laying down their lives while fighting the elements of oppression and tyranny.

Prime Minister Imran Khan, in his message on this occasion, said the incident of Karbala gives a lesson to be ready to offer sacrifice for the attainment of greater objectives.

He said Karbala incident is a historic battle between truth and falsehood, which is continuing even today.

The PM said Hazrat Imam Hussain's immortal sacrifice is a fine example of steadfastness and persistence and a guiding principle for our lives.