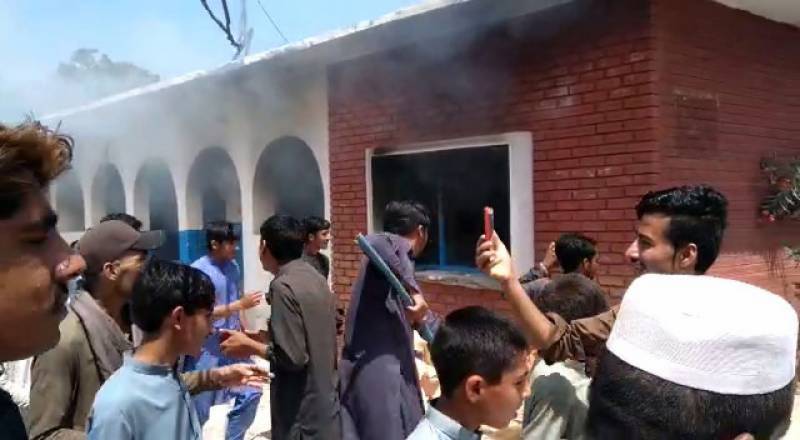 Peshawar (Staff Report/Agencies): Family members and area residents broke down the main gate and set fire at the Mashokhel Hospital in Peshawar on Monday after at least 75 students at a school in Peshawar's Badhber area allegedly fell sick after being administered anti-polio drops.

He said some had already been released, and the remaining students would also be discharged soon since none of them was in serious condition.

KP Chief Minister Mahmood Khan took notice of the incident and directed the KP Health Department to inquire the matter and submit a report in this regard.

A countrywide campaign to administer anti-polio drops to children under five years of age started today.