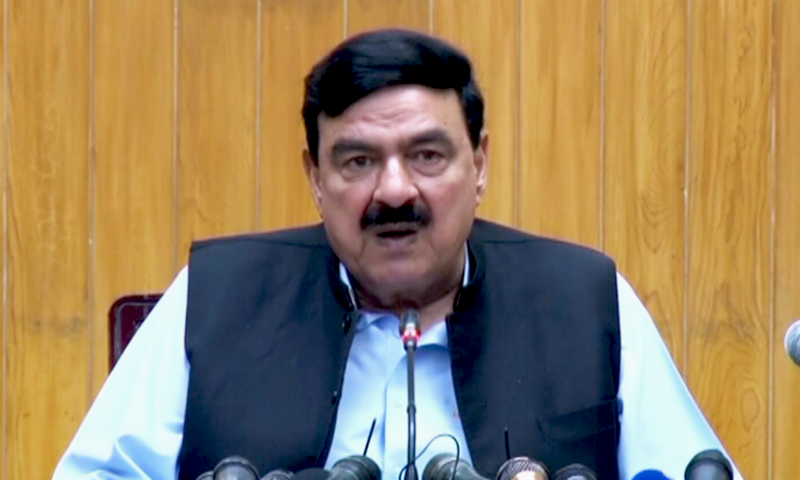 Islamabad (Web Desk): Interior Minister Sheikh Rashid Ahmed on Thursday said that the blast in Quetta’s Serena hotel was a suicide attack and the banned outfit Tehreek-e-Taliban Pakistan (TTP) has claimed for the Serena hotel blast.

Addressing a news conference in Islamabad, he said that five persons embraced martyrdom while 15 others injured in the incident.

The interior minister said that the relevant quarters have been directed to complete investigation into the incident at the earliest.

“The government will ensure law and order situation in the province,” he added.

Sheikh Rashid Ahmad said that during the past 8 to 10 days, an estimated 250,000-300,000 social media accounts were created in India. He said these were efforts to destabilise Pakistan from within "by foreign elements".

“The enemies of Pakistan want to destabilize the country and its development but their sordid designs will be thwarted,” the minister said.

He said that the interior ministry had placed all 22 law enforcement institutions under its jurisdiction, which include the FC, Rangers, Coastal Guards and others to remain on "high alert".

Earlier, the Counter Terrorism Department (CTD) of Quetta also confirmed that the blast at the Serena Hotel was a suicide attack.

According to the CTD spokesperson, said evidence collected from the blast site indicates that the attack was a suicide bomb blast.

At least five people were killed and 12 others were injured when a blast, which was heard for several kilometres in the city, took place at the parking of a hotel located at Quetta’s Serena Chowk late Wednesday night.