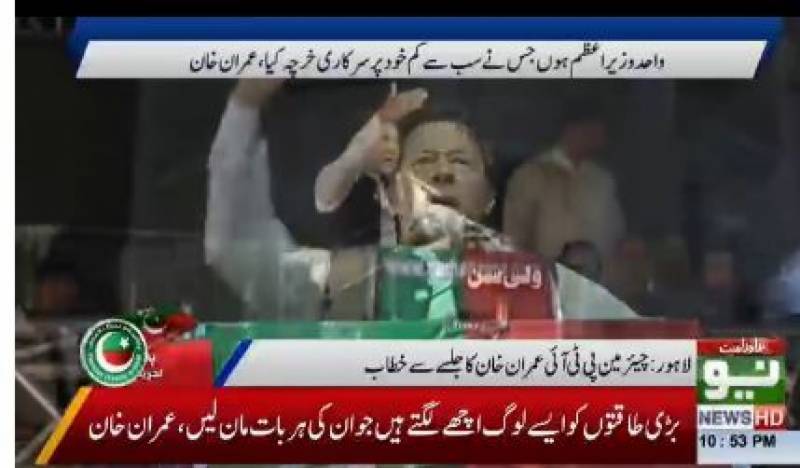 Lahore (Staff Report/Agencies): PTI Chairman and former prime minister Imran Khan stressed he would not accept the “imported government” at any cost.

Addressing a mass public gathering in Lahore’s Greater Iqbal Park on Thursday, Imran Khan said his party was a democratic force and wanted democratic solutions. “Those who have committed a mistake, it is your turn to hold early elections,” he added.

The PTI chairman took an oath from the crowd that they would stay in struggle mode to achieve “real independence” and democracy in the country until fresh elections were announced.

The former premier also called upon the people of the entire country, including those belonging to the PML-N and PPP, who wanted to get rid of the “foreign masters’ slavery”, to start preparing a campaign for “actual independence” and wait for his call to Islamabad.

Expressing his respect for the Pakistan Army and the police for being state institutions. He reiterated that if Pakistan did not have a strong army, then the country would have been split into three parts.

Calling the incumbent government corrupt, which he alleged was formed on the dictation of foreign masters, the PTI chief rejected its announcement of constituting a commission to probe ‘Lettergate’.