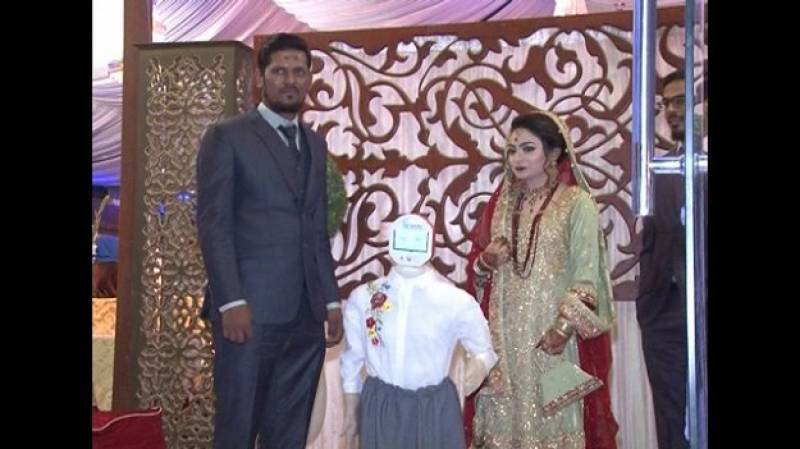 Karachi (Web Desk): A valima reception held in Federal B Area had a strange host welcoming guests. The groom, Muhammad Nabeel, designed a robot that welcomed guests to his valima and inquired about the quality of food, a formality traditionally peformed by the host.

The guests were understandably entertained by this unique host at the reception. Children as well as the older guests took pictures with the robot.

Three NED University of Engineering and Technology electrical engineering graduates, Nabeel, Obaid and Faiza, were the brains behind the machine. They successfully developed a robot that could carry out every day activities from cleaning and washing to purchasing groceries. The robot, as seen at the valima, is also programmed to greet guests while also inquiring about their health. 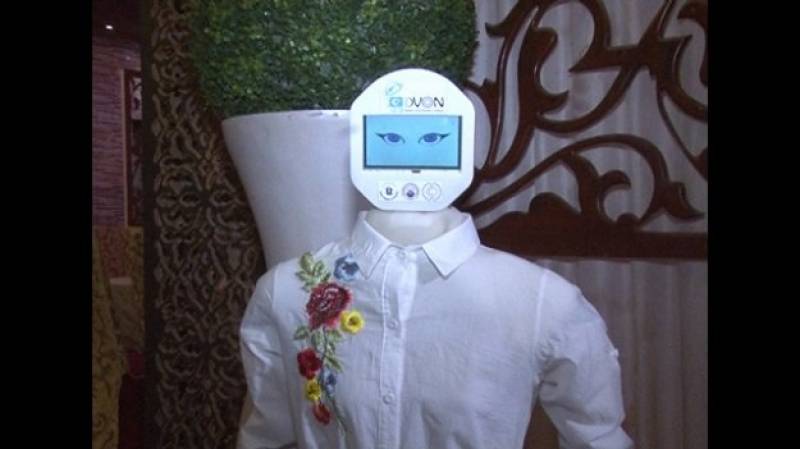 Draped in a gray and white skirt and standing at three feet and six inches, the robot has been named Allison. “Work on Allison began a year ago at a cost of Rs2 million,” said Nabeel. The robot was assembled entirely using parts made in Pakistan.

The head of the assembling team, Nabeel made the robot so he could delegate certain responsibilities on his big day. The newlywed bride admitted that she was proud of her husband’s work and thanked him for making the reception a memorable one.

Nabeel said his motivation behind it was because his mother was left alone after both of his younger brothers moved abroad. “I couldn’t take out the time to help her with chores and groceries so I thought why not create a machine that can perform these chores for her,” he explained. “We aim to make another robot which will be a maid and help in all sorts of household chores,” he added.

Obaid and Faiza told the sources that the robot stole the limelight from the newlywed couple. They said that by witnessing the attention the robot got from the guests, their hard work had paid off. The bride laughingly added that she would make the robot do all the chores at home.

So would you like to hire a robot to delegate your Valima responsibilities!