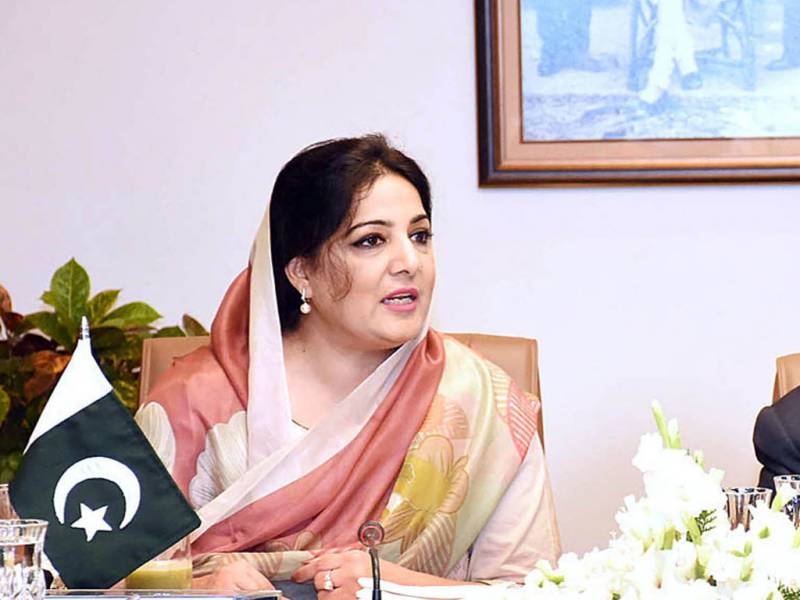 Islamabad: Following Panama Case hearing at Supreme Court in a high-voltage drama during recess, Minister of State for Information Technology Anusha Rehman snatched the mobile phone of a local reporter and went as far as threatening him with 14-year imprisonment.

This triggered a backlash from the media fraternity, with Railways Minister Khawaja Saad Rafique taken by surprise and falling short to resolve the matter.

The protesting journalists accused Anusha of unlawfully seizing their colleague’s phone and harassing him, and refused to let Railways Minister Khawaja Saad Rafique address the government’s daily press conference when he came out of the courtroom amid slogans by angry journalists.

Journalist Azam Gul alleged that the IT minister had snatched his phone and harassed him. “She threatened to put me behind the bars and hand me over to the FIA,” alleged Azam Gul.

Khawaja Saad Rafique claimed that Anusha had taken the journalist’s phone since recording a video inside the Supreme Court was illegal. He said that everyone, from journalists to ministers, needed to respect the law.

Handing an olive branch to the media personnel, Rafique said it was not appropriate for anyone, be it a minister or an MNA, to snatch anyone’s belonging since it was illegal.

“I asked Anusha Rahman not to delete the video herself,” said Rafique, adding that “we will ask her to call Azam and apologise”.

The protesting journalists, however, demanded the IT minister apologised publically.

Minister of State for Information and Broadcasting Marriyum Aurangzeb intervened after Rafique’s attempts to de-escalate the situation failed. She offered the protesting journalists to resolve the matter in a separate meeting in her office.

However, there was no let-up in the sloganeering and jeering, as the journalists would not allow the government to speak before Anusha Rehman was summoned and the ‘injustice’ was addressed then and there.

Speaking to media, Anusha said journalist must respect the privacy of individuals before making any video. “It can happen to you, your sister or mother…so exercise in making statements without confirmation,” she added.