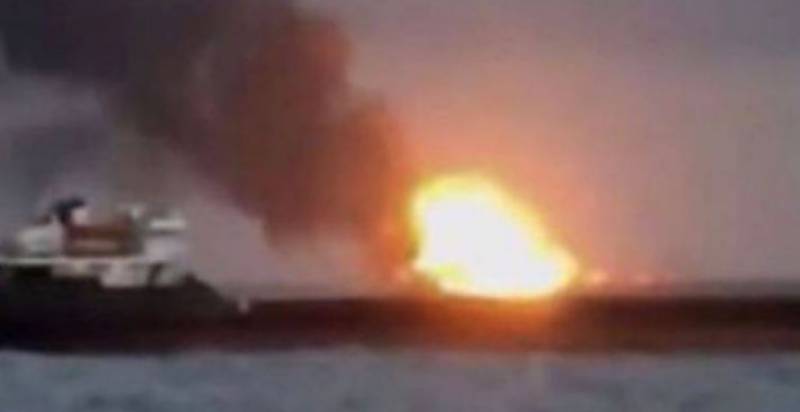 Moscow (Web Desk): At least 14 people were killed and five others went missing off Russia-annexed Crimea in the Black Sea after a fire broke out in gas tankers sailing under the flag of Tanzania.

Russia’s transport ministry said that there were 31 crew members on the vessels, the Kandy with a 17-strong crew and the Maestro carried 14 people, adding that 16 were Turkish citizens and 15 from India.

Russia´s Federal Agency for Maritime and River Transport spokesman Alexei Kravchenko reported that the fire erupted when one vessel was transferring fuel to the other, driving both crews to jump overboard.

He said, "There are 11 bodies,” adding that another three people went under water before rescue workers´ eyes. “Those three are most likely dead”, he said.