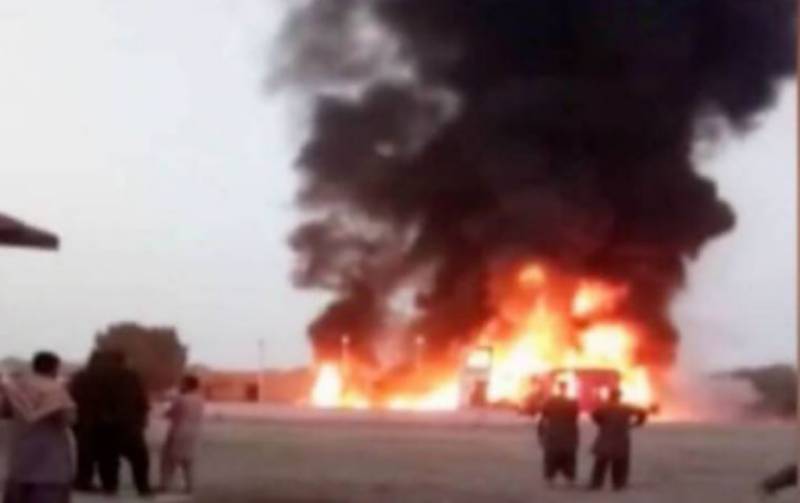 Lasbela (Staff Report): At least 27 people were killed and 16 others sustained burn injuries after a passenger bus collided with an oil tanker in Hub, Balochistan on Monday evening.

The bus carrying dozens of passengers was heading from Karachi to Panjgur district, when it crashed in Lasbela district.

The collision led to the bus catching fire, which burnt 21 people to death while 16 others jumped off the bus in an attempt to save their lives.

Rescue personnel rushed to the incident site, who faced difficulty in carrying out the rescue operation due to the intensity of the fire.

The bodies of the deceased were transported to Edhi's morgue at Sohrab Goth. The bodies will be handed over to the bereaved relatives after DNA tests, officials said.