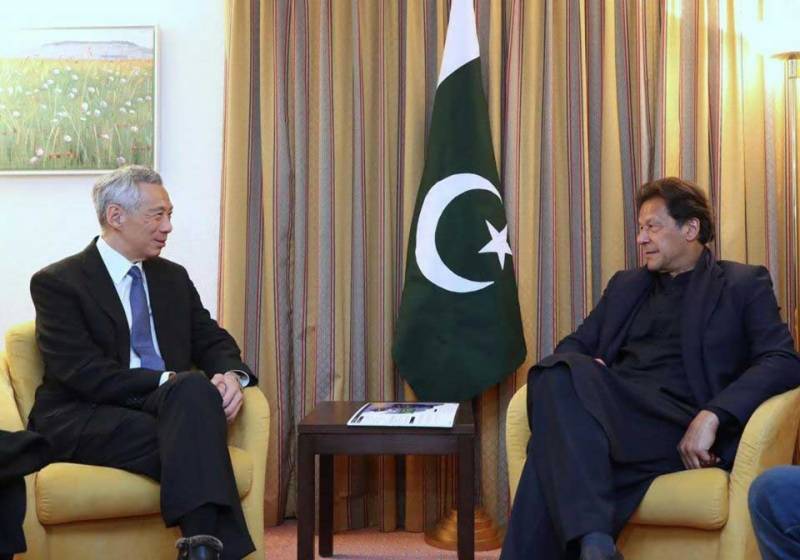 Davos (Agencies): Prime Minister Imran Khan on Tuesday met the leaders of Singapore and Azerbaijan on the sidelines of the World Economic Forum (WEF) in Davos, Switzerland.

According to an official statement issued by the Foreign Office, Azerbaijan President Ilham Aliyev and PM Imran discussed a whole spectrum of bilateral relations that are "marked by mutual trust and support".

The prime minister appreciated Azerbaijan’s valuable contributions, the statement read, including those as a member of the Organisation of Islamic Cooperation Contact Group on Jammu and Kashmir. The premier reiterated Pakistan’s support to Azerbaijan on the issue of Nagorno-Karabakh, the statement added.

Imran also briefed the president on the human rights violations in occupied Kashmir as well as the impact of the Indian government's unilateral actions of stripping the region of its special autonomous status.

Earlier, Prime Minister Imran Khan also met his Singaporean counterpart Lee Hsien Loong on the sidelines of the WEF being held in the Swiss city.

“I will raise my voice for you everywhere until you gets ...

PM Imran to take calls from public on monday at 4PM