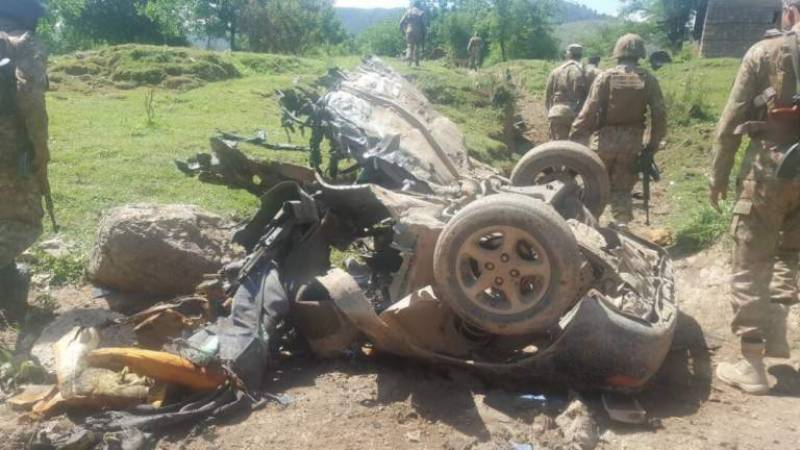 The main target of the terrorists blast was a vehicle of peace committee that killed five including four members of the committee and security official while the vehicle was completely destroyed in the incident, the security sources said.

Injured were being shifted to a hospital for medical treatment. The security officials have covered the area to trace the culprits involved in the incident.