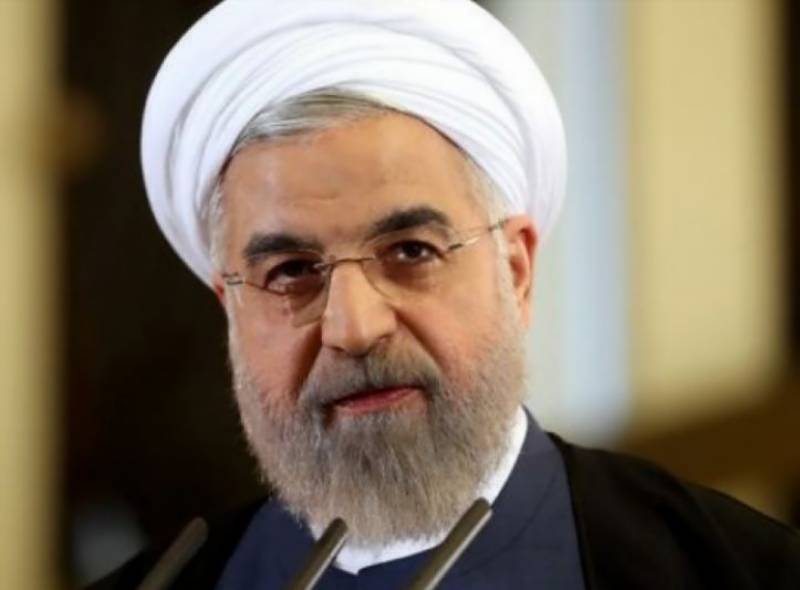 Tehran (Agencies): Iranian President Hassan Rouhani has rejected talks with the United States after President Donald Trump said Tehran would call and ask for negotiations “if and when they are ever ready”.

Tehran and Washington have escalated rhetoric against each other in recent weeks as the US has tightened sanctions with what it says is the goal of pushing Iran to make concessions beyond the terms of its 2015 nuclear deal.

Trump withdrew the United States a year ago from the deal between Iran and global powers, under which Tehran curbed its uranium enrichment capacity, a potential pathway to a nuclear bomb, and won sanctions relief in return.

Trump restored US sanctions on Iran last year and extended them this month, ordering all countries to halt imports of Iranian oil or face sanctions of their own. Iran has repeatedly rejected any further negotiations as long as the United States remains outside the nuclear pact.

“Today’s situation is not suitable for talks and our choice is resistance only,” state news agency IRNA quoted Rouhani as saying.

Trump said on Monday that Iran would be met with “great force” if it attempted anything against US interests in the Middle East. He said reports Washington was trying to set up talks were false, but “Iran will call us if and when they are ever ready”.

Iran has portrayed the hot and cold rhetoric as evidence Trump is being goaded into war against his better judgment by hardline aides such as National Security Adviser John Bolton.

“Right after threatening Iran, they were forced to say they do not seek a war,” Rouhani said in televised remarks on Tuesday. “Iranians will never bow to a bully.”