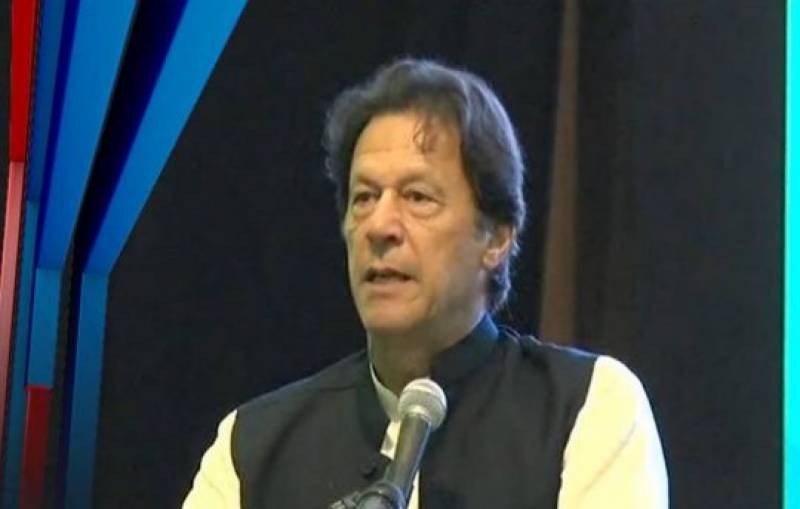 Imran Khan, while addressing the Pakistani community during his visit to Malaysia, said that the PTI-led government was committed to uplift the living standard of poor and downtrodden segments of society by improving governance and ending corruption.

According to Radio Pakistan, the PM highlighted that the government was focusing on four areas on priority basis.

The first area is increasing exports of Pakistan in order to ensure trade balance, he said, adding that all stakeholders have been taken on board for joint efforts.

The prime minister said Malaysian developed owing to better governance despite having limited resources. The country enjoys today 220 billion dollars of exports with 30 million population, he said, but lamented that Pakistan’s exports stand at $25 billion with a population of 221 million.

Use of Legal Channels for Remittance

Secondly, he said, the government is also urging the overseas Pakistanis to use the legal channels for sending their remittances to relatives.

He said 10 to 15 billion dollars additionally could be achieved if the formal channels are utilized.

PM Imran said eliminating the money laundering is a key concern of the government as every year billions dollar flies abroad.

He said the government will not spare the elements involved in corruption and money laundering. He said the miscreant will face trial and jails.

Prime Minister Imran Khan on Wednesday evening left for Pakistan after wrapping up his two-day official visit to Malaysia.

He said the third priority is to attract foreign investment into Pakistan as it is the main source for job creation and boost the economic activity in the country.

He asked the overseas Pakistanis to invest in the home country as part of their national obligation.

The Prime Minister assured them the hat government will provide them all out facilities, and also improve ease of doing business by reducing the bureaucratic hurdles.

He said the government will facilitate them in creating wealth so that in return they create jobs and economic prosperity in the country.