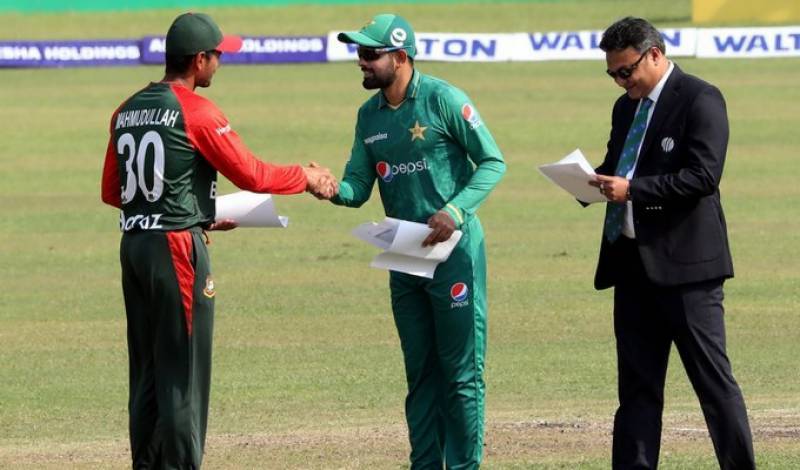 Dhaka (Web Desk): Bangladesh on Monday won the toss and decided to bat first in the third and final Twenty 20 International (T20I) against Pakistan in Dhaka on Monday.

Sarfaraz Ahmed, Shahnawaz Dahani, Iftikhar Ahmed and Usman Qadir have been including in the third T20.

Shahnawaz Dahani is making his T20I debut in the match. The Pakistan Cricket Board (PCB) posted a video of him receiving his debut cap from Sarfaraz Ahmed.

Pakistan's bowlers have so far impressed in the series, with Hasan Ali doing the trick in the first T20 with three wickets while Shaheen Afridi took up the baton in the second T20, when Hasan was rested, and managed to rattle the Bangladeshi batters.