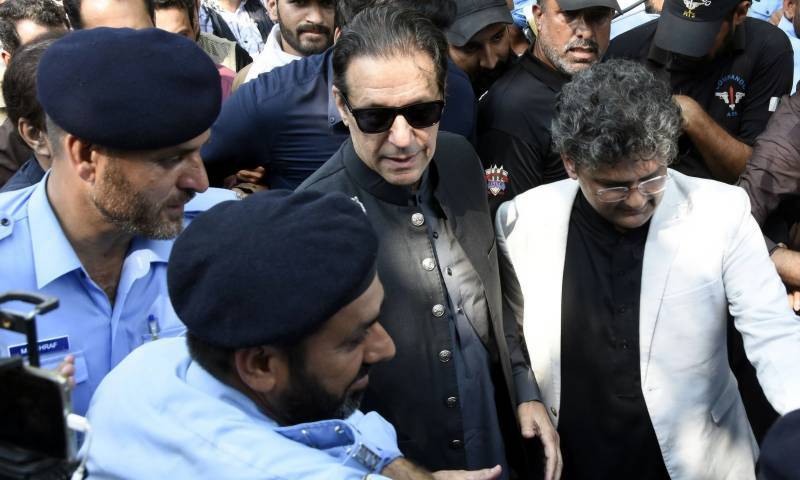 Islamabad (Web Desk): Former premier and Pakistan Tehreek-e-Insaf (PTI) Chairman Imran Khan on Thursday apologised before the Islamabad High Court (IHC) in the contempt of court case registered against him for controversial remarks about Additional District and Sessions Judge Zeba Chaudhry during a rally in Islamabad on August 20.

According to details, the PTI chief appeared before the court amid strict security.

During today’s hearing, Imran Khan took the stand. He sought permission from the bench to put his statement on the record, saying he was barred from speaking at the last hearing.

"I apologise if I crossed any line. It won't happen again," the former premier said.

"I am ready to apologise to the female judge,” the PTI chief told the court.

My intention was not to threaten the female judge. If the court says so, I am ready to personally go to the judge and apologise," he said.

The PTI chief assured the court that he will not do something like this in the future.

Following this, the IHC CJ said that the court would record the PTI chief’s statement and told Imran to submit an affidavit.

In his remarks IHC Chief Justice Athar Minallah directed the PTI chief to submit "Submit an affidavit detailing what he had said.

He also remarked that it would not be appropriate to conduct contempt proceedings.

The court decided to not indict the PTI chief after he agreed to apologise to Judge Zeba Chaudhry and the hearing was subsequently adjourned till October 3.

On Monday, the IHC ordered removal of Anti-Terrorism Act (ATA) sections from the case against Imran Khan for threatening the female judge.

During the hearing, a report by the Joint Investigation Team (JIT) was presented in court. The report declared that the terrorism case against Imran was valid.

The IHC had sought the JIT’s input and asked if the terrorism charges were applicable or not, which the investigation team found to be valid.