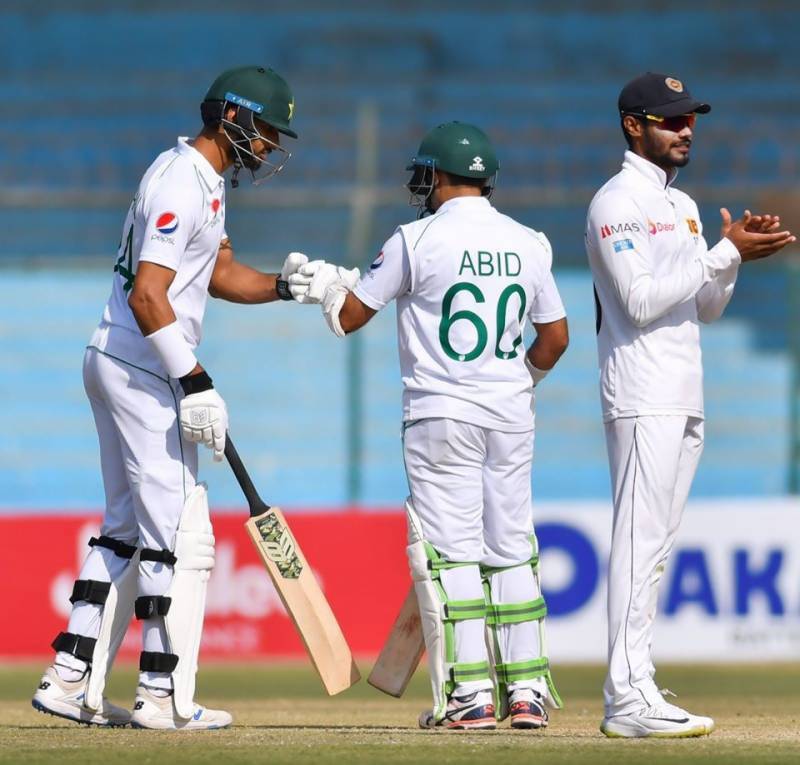 Set a daunting 476 runs to win, Sri Lanka were bowled out for 212. The Islanders were at 97 for five before Oshada and Niroshan Dickwella halted the slide with a resolute 104-run stand for the sixth wicket on day four of the Test.

But the last three overs of the day saw Dickwella fall for 65 — bowled while attempting a reverse sweep off spinner Haris Sohail — and Dilruwan Perera caught behind off Naseen Shah for five.

At the close, Sri Lanka were 212 for seven with Oshada (102 not out) at the crease and with the visitors needing an unlikely 264 runs for victory.

Pakistan earlier declared their second innings at lunch on 555 for three after skipper Azhar Ali returned to form with 118 and Babar Azam struck 100 not out.