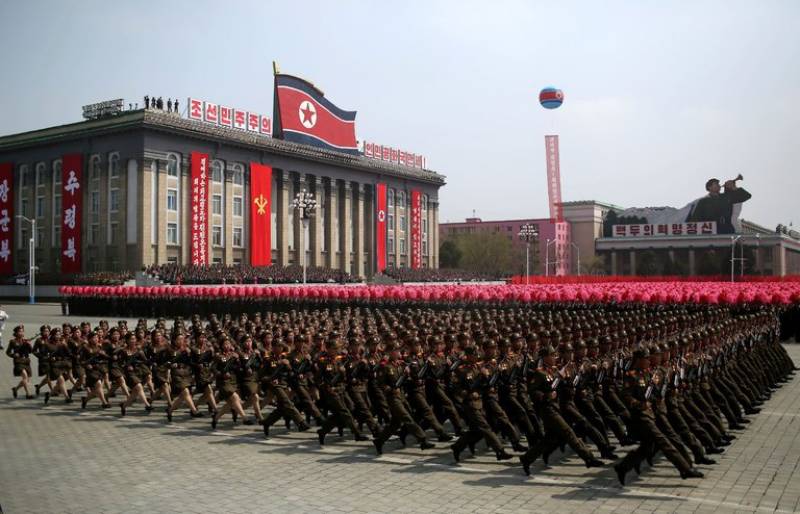 Washington (Reuters): The United States is due to announce its largest package of sanctions against North Korea to pressure the reclusive country to give up its nuclear and missile programs, as South Korea readies itself for more talks with the North.

Tougher sanctions may jeopardize the latest detente between the two Koreas, illustrated by the North’s participation in the Winter Olympics in the South, amid preparations for talks about a possible summit between North Korean leader Kim Jong Un and South Korean President Moon Jae-in.

A senior US administration official, who spoke to Reuters on condition of anonymity, called the new penalties “the largest package of new sanctions against the North Korea regime”, without giving details.

US Vice President Mike Pence had hinted at such a plan two weeks ago during a stop in Tokyo that preceded his visit to South Korea for the Pyeongchang Olympics.

North Korea last year conducted dozens of missile launches and its sixth and largest nuclear test in defiance of UN resolutions as it pursues its goal of developing a nuclear-armed missile capable of reaching the United States. It defends the weapons programs as essential to deter US aggression.

But it has been more than two months since its last missile test.

North Korean leader Kim Jong Un said he wants to boost the “warm climate of reconciliation and dialogue” with South Korea, which hosts 28,500 U.S. troops, after a high-level delegation, including his sister, returned from the Olympics.

In an extension of that rapprochement, the North agreed on Friday to hold working-level talks on Tuesday for the Pyeongchang Winter Paralympics on the North’s side of the border village of Panmunjom.

The new US sanctions will be announced while Trump’s daughter, Ivanka, is visiting South Korea. She had dinner with Moon on Friday and will attend the Games’ closing ceremony.

Her visit coincides with that of a sanctioned North Korean official, Kim Yong Chol, blamed for the deadly 2010 sinking of a South Korean navy ship that killed 46 sailors. His delegation will also meet Moon. The Blue House has said there are no official opportunities for US and North Korean officials to meet.

Kim Yong Chol is the vice-chairman of the North’s ruling Workers’ Party’s Central Committee and was previously chief of the Reconnaissance General Bureau, a top North Korean military intelligence agency which South Korea blamed for the sinking of its navy corvette, the Cheonan.