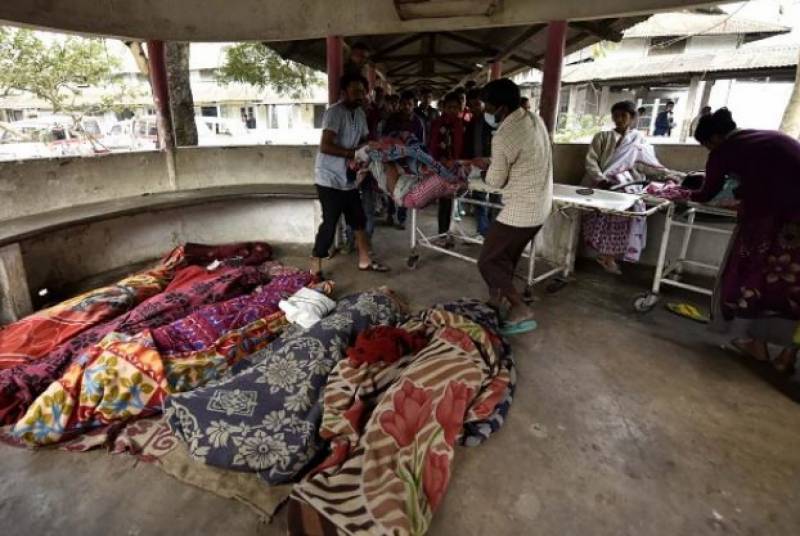 New Delhi (Agencies): At least 84 people have died from drinking toxic bootleg liquor in the northeastern Indian state of Assam, and around 200 others have been rushed to hospital, Indian media reported.

The deaths come less than two weeks after more than 100 people died from drinking tainted alcohol in northern India.

"Every 10 minutes we are getting reports of casualties from different places. So far about 200 people are in hospital with many of them critical," Assam Health Minister Himanta Biswa Sarma said.

"Doctors from nearby districts and other medical colleges have been rushed in to deal with the crisis," Sarma said, after visiting patients at Jorhat, located some 300km east of the state's financial hub, Guwahati.

The minister has ordered an inquiry.

Deaths from illegally produced alcohol, known locally as hooch or country liquor, are common in India, where many cannot afford branded spirits.

The death tolls from the two recent incidents, however, are believed to be the deadliest since a similar case killed 172 in West Bengal in 2011.

Dilip Rajbnonshi, a doctor at the government hospital in Golaghat, located some 40km southwest of Jorhat said the deaths were due to "spurious country liquor".

A number of women are also among the casualties, as many of those that drank the liquor were tea plantation workers who had just received their weekly wages, according to another government official.

State police said they have arrested one man for selling the liquor, and authorities said two excise department officials were suspended for failing to take adequate precautions over the sale of the alcohol.

Hundreds of mainly poor people die each year in the South Asian country from tainted liquor, which normally costs just a few cents a bottle.

Of the estimated five billion litres of alcohol drunk every year in India, around 40 percent is illegally produced, according to the International Spirits and Wine Association of India.

Many Indian states have implemented or pushed for prohibition, which, according to critics, further increases the unsupervised manufacture and sale of alcohol.