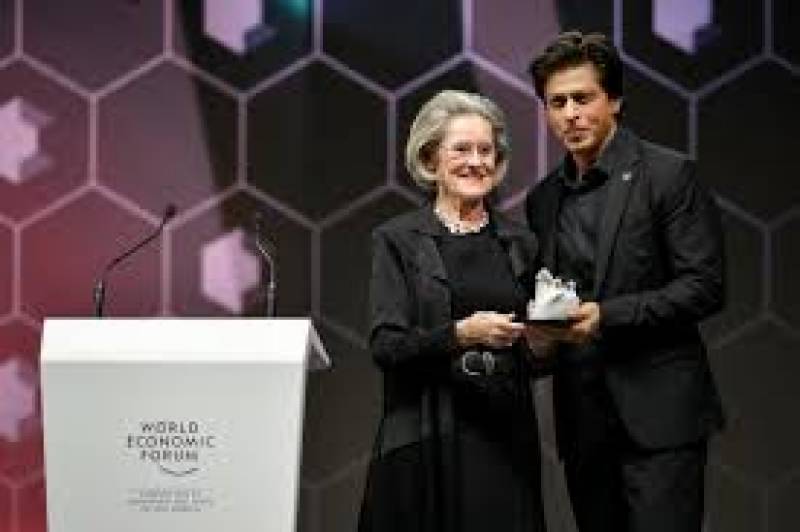 According to details, Shah Rukh, one of Hindi cinema's most globally recognised faces, was felicitated as he is a founder of a non-profit foundation, which provides support to female victims of acid attacks and major burn injuries through medical treatment, legal aid, vocational training, rehabilitation and livelihood support.

With this, Shah Rukh has brought heavy star power to the agenda, as one of the biggest celebrities in India, where high-profile cases of sexual violence have caused shockwaves in recent years. 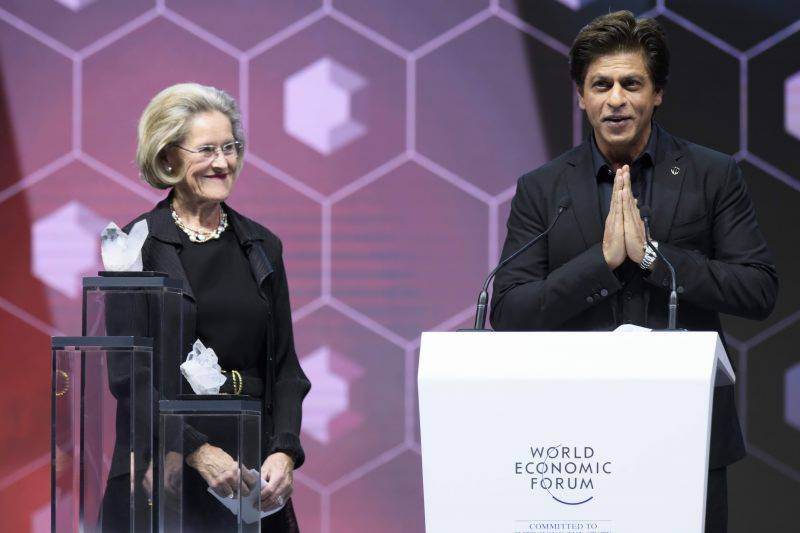 "We, the powerful, need to get out of the way, to pick the barriers apart, the ones that give us names and races and colours and hierarchies," he said.

"That is what I have learned from my beautifully scarred women," he added, referring to the acid victims.

Australian actress Cate Blanchett also received an Crystal Award for her work with people who have fled their homes. British singer-songwriter John received his for his charitable work with his AIDS foundation. 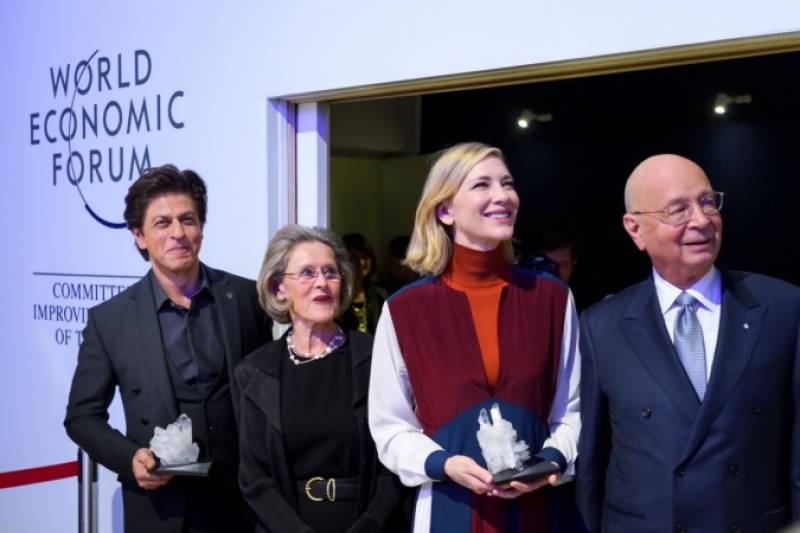 The Crystal Award is given, by the WEF to artists who make a positive change in society.

The awards were presented at a ceremony in the village of Davos, in the Swiss Alps, where some of the world's top policy makers and executives have begun gathering for the annual meeting.