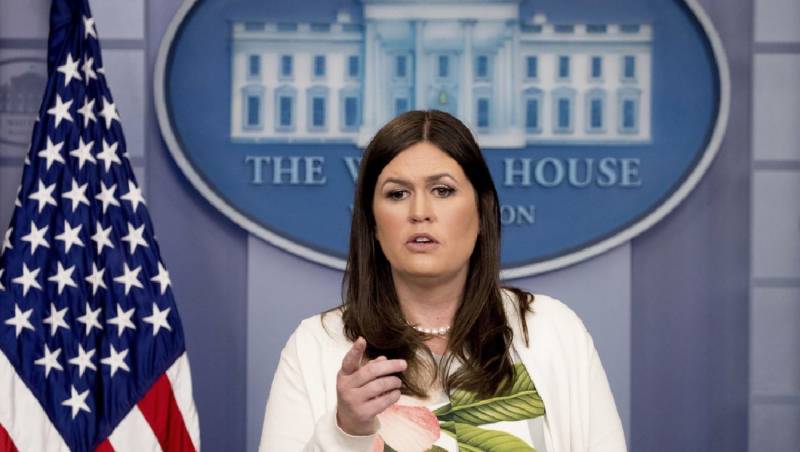 Washington (Agencies): The United States (US) has urged Pakistan to arrest or expel Taliban from its territory and prevent them from using Pakistani soil to support its operation.

Addressing a press briefing, press secretary Sarah Sanders said that the attack against civilians would only serve to strengthen Washington's resolve in working with its Afghan partners.

Commending the "swift action" taken by the Afghan security forces at the time of the attack, Sanders added: "Afghanistan forces, with our support, will continue to relentlessly pursue the enemies of Afghanistan who also seek to export terror around the world."

The US reaction comes after a deadly assault on the Hotel Intercontinental in the Afghan capital Kabul at the weekend killed scores of people including foreigners. The attack was claimed by the Taliban, seeking to drive international forces out of Afghanistan.

White House Spokesperson Sarah Sanders told reporters on Monday that the attack strengthened the resolve of the United States to support Afghan forces.

“We call on Pakistan to immediately arrest or expel the Taliban’s leaders and prevent the group from using Pakistani territory to support its operations,” Sanders said.

“In Afghanistan, where terrorists attacked the hotel in Kabul, such attacks on civilians only strengthen our resolve to support our Afghan partners.”

Pakistan strongly condemned the Kabul attack on Saturday evening and later rejected “the knee-jerk allegations by some Afghan circles to point the finger at Pakistan” for it.