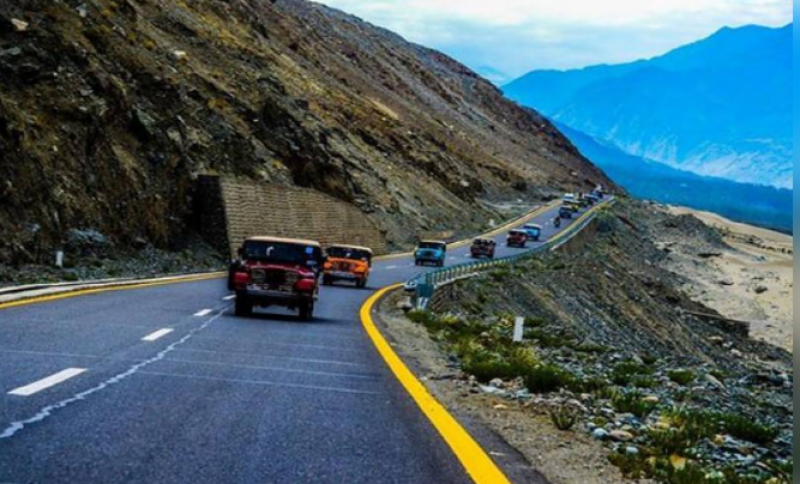 Rawalpindi (Web Desk): The Karakoram Highway has been cleared for all kinds of traffic, the military’s media wing announced.

According to a statement issued by the Inter Services Public Relations (ISPR), the Frontier Works Organization (FWO) worked tirelessly day and night to open the highway.

“Despite bad weather and difficult conditions, FWO teams worked day and night to open the road for traffic,” the statement added.

The ISPR statement said that the highway got blocked on Tuesday due to the rains in Gilgit-Baltistan and was closed at 20 points from Tatta Pani to Raikot.

A large number of tourists and locals had been stranded due to the closure of the Karakoram Highway following landslides in Gilgit-Baltistan.

Heavy machinery was installed on both sides of the Karakoram to clear the highway, but there were difficulties in rehabilitation work due to landslides.

The GB Home Department had said work on opening the blocked portions of the Karakoram Highway started early Thursday morning.

They said the Disaster Management Authority and the FWO worked day and night to restore the Gilgit-Astore Road and all kinds of traffic on the highway had been restored by Thursday afternoon.

The GB home department had earlier said the road will be reopened soon if there is no more rain or landslides, with FWO, NHA and district officers overseeing rehabilitation work on the spot.