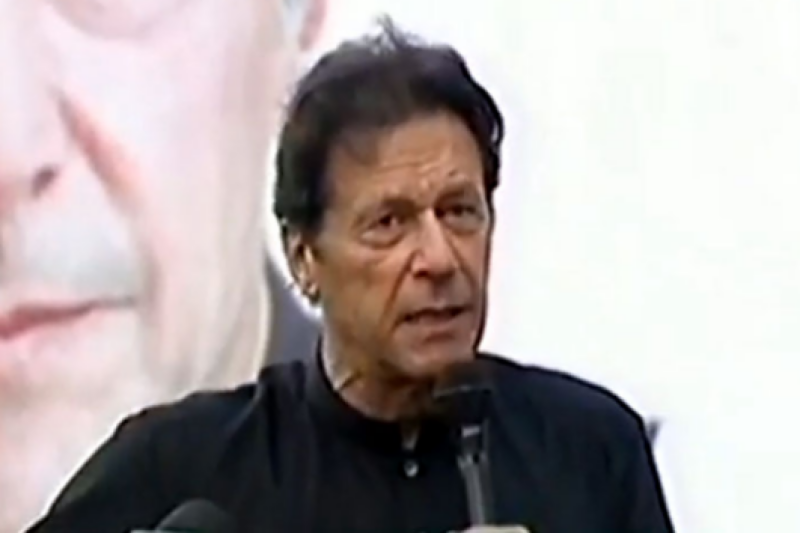 Addressing a public gathering here on Friday, the premier said according to UN Resolutions, only Kashmiri people can decide their future through referendum. He said Pakistan will allow Kashmiris to decide between choosing to join Pakistan or remaining independent even after they vote in favor of Pakistan in a future plebiscite.

PM Khan said the unprecedented sacrifices being rendered by the Kashmiri people will not go in vain and time is not far when they will decide their future.

PM Khan vowed to end poverty in Azad Jammu and Kashmir after winning the upcoming General Elections. He also said flagship Ehsas programme would be implemented in AJ&K to help Kashmir's youth achieving their goals and to provide all basic facilities to the masses.

The Prime Minister said the entire Pakistan is standing with the people of Occupied Kashmir and he will continue raising the Kashmir issue at every forum.

Counting on sacrifices of Kashmiri people for their independence, he urged Kashmiri leaders specifically Ali Raza Gilani and Yasin Malik to show perseverance as success comes after the difficulty.

PM Khan said opposition is making hue and cry of rigging in elections despite the fact that being the ruling party their own government is responsible for conducting the fair and transparent elections. He said we are making strenuous efforts for the last one year to bring elections reforms to make election process transparent and opposition has been invited to sit with government for this purpose.

The premier said Electronic Voting Machines will bring an end to rigging allegations and help in holding transparent elections.