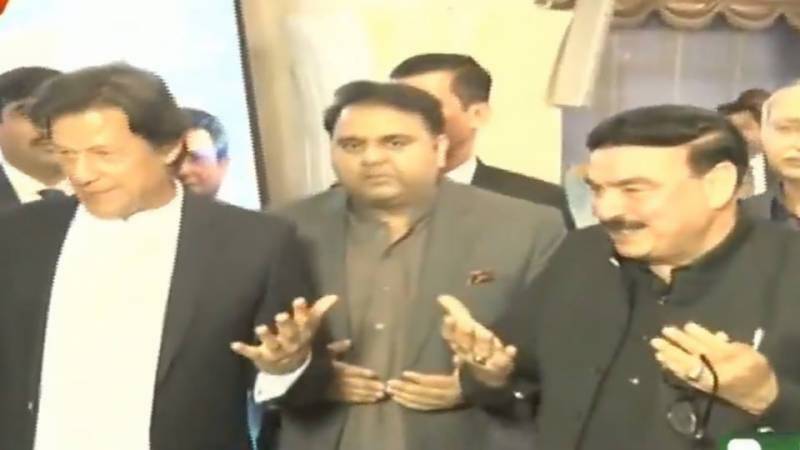 Addressing a ceremony held in connection with the launch, PM Imran said public sector enterprises have become loss making entities due to political interventions and appointments made on personal connections in the past.

The Prime Minister said ultimately it is the people who have to pay more for goods and services in order to compensate for the losses of public sector enterprises.

He urged the Railways Minister to get rid of employees who were appointed on political basis in previous governments and are not contributing positively to the department.

Imran Khan said train is the main mode of transportation for poorer and weaker segments of society for commute and it will be improved.

Lamenting the lack of attention on this important sector by previous governments, the Prime Minister said the railway tracks had become old and outdated, posing danger to the trains.

He said incumbent Railways Minister is taking personal interest to improve the tracks and condition of trains, so that people travel comfortably and on time to their destinations.

Shah Abdul Latif Bhittai will cover Karachi City, Landhi, Dhabeji, Hyderabad and Mirpur Khas and its fare will be 190 rupees.

Faisalabad Express has been stretched to Multan and now its route includes Multan, Khanewal, Shorkot and Faisalabad. Its economy class fare till Multan will be 260 rupees.