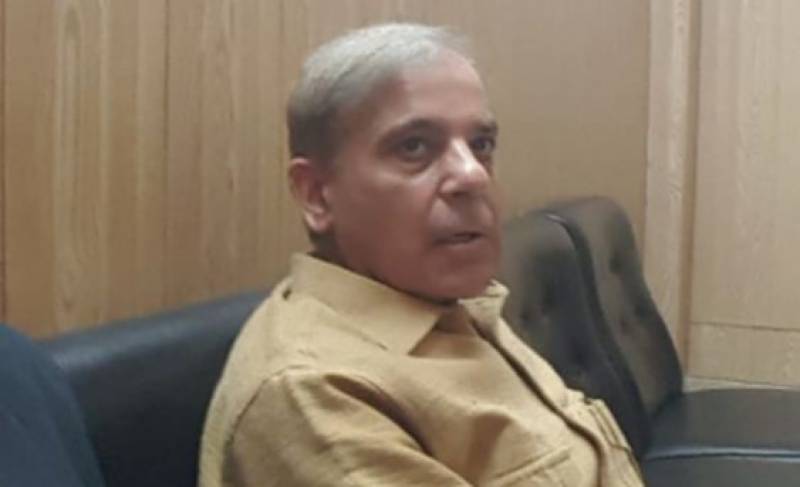 According to sources, Pakistan Muslim League-Nawaz (PML-N) President’s medical examination was conducted after he complained of throat ache; his report indicate signs of Chromogranin A (CgA) and his adenoid cystic carcinoma node level was found to be at 688 while the normal level is considered to be 100.

Doctors have recommended that Shehbaz’s CT Scan be conducted on an immediate basis, they added.

Sharif’s wife, Tehmina had clarified last month that the politician was not suffering from cancer.

Correction: My husband Shabaz Sharif does not have blood cancer, as reported in the electronic media. He was misquoted. He said he is a cancer survivor & is required to have a regular blood profile, which NAB has not allowed since the time he has been in its custody.

Earlier the day, Shehbaz while speaking on the floor of the House said, “Who were these people who said that Nawaz Sharif wants an NRO? Prime minister should tell us the name of the person.”

“Prime Minister should stop using threatening language. This is only hurting Pakistan," the younger Sharif lamented.

He said that it was revealed that the sister of Imran Khan, Aleema Khan owned property in Dubai, for which an NRO was inked.

The legislator also lashed out e at Imran Khan over his statement regarding U-turn, saying who will pose a trust in the country with such a narrative.

“Is the premier aware of the impact his U-turn related statement could create,” asked the politician.

Shehbaz has been in NAB’s custody since October 5 in connection to the Ashiana Iqbal Housing Scheme case.