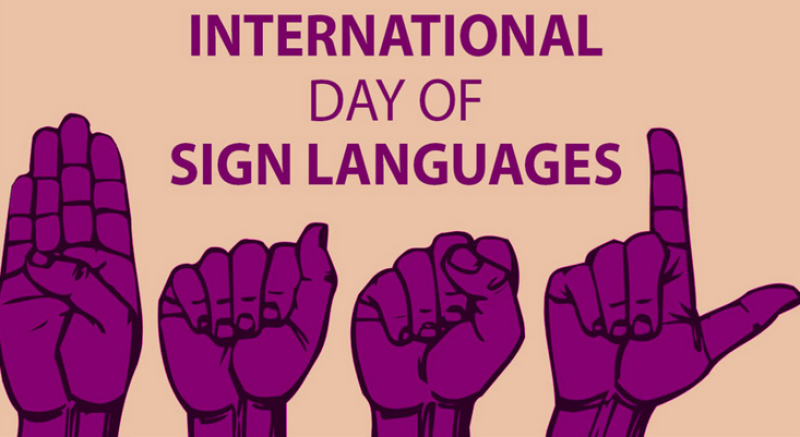 Islamabad (Web Desk/Agencies): The International Day of Sign Languages was observed on Friday across the world including Pakistan to raise awareness about the importance of sign language.

This year, the theme for the day is "sign languages unite us".

The day is observed to protect the linguistic identity of people who are deaf and others who use sign language.

The International Day of Sign Languages (IDSL) is observed annually across the world on September 23.

The day is a unique opportunity to support and protect the linguistic identity and cultural diversity of all deaf people and other sign language users.

The UN General Assembly proclaimed September 23 as the International Day of Sign Languages in order to raise awareness of the importance of sign language in the full realization of the human rights of people who are deaf.

It recognizes the importance of preserving sign languages as part of linguistic and cultural diversity. It also emphasizes the principle of “nothing about us without us” in terms of working with deaf communities.

According to the World Federation of the Deaf, there are more than 70 million deaf people worldwide. More than 80% of them live in developing countries. Collectively, they use more than 300 different sign languages.

The International Week of the Deaf was first celebrated in September 1958 and has since evolved into a global movement of deaf unity and concerted advocacy to raise awareness of the issues deaf people face in their everyday lives.