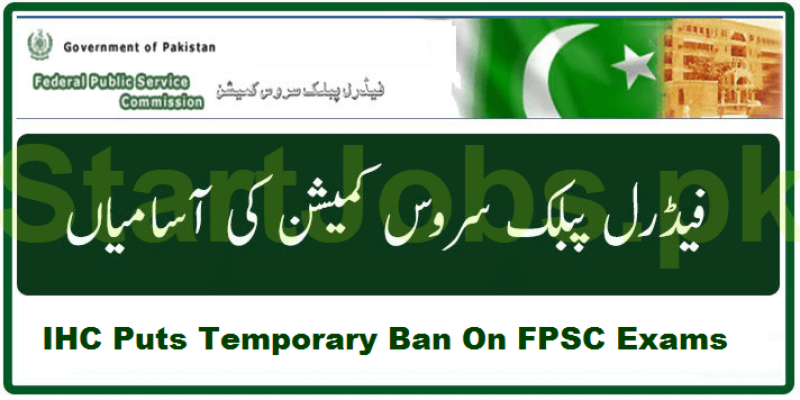 Secretary Establishment Division Maroof Afzal requested the court not to put ban on FPSC exams as it may disturb the process.

Justice Shaukat Aziz Siddiqui remarked that the recruitments can be done on open merit. He asked that there is no one among Federal Secretaries from Islamabad, Islamabad domicile holders are being exploited for 56 years, its unbearable anymore.

Justice Shaukat Aziz said, now ban is inevitable to serolve the issue which was pending since 2013.