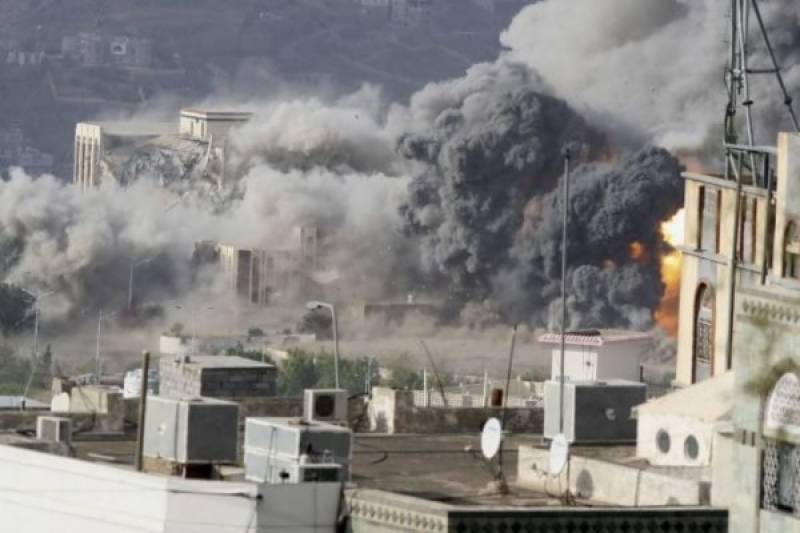 Dubai (Agencies): One of the main Houthi leaders, Governor Saleh Sadiq and at least 20 people attending a wedding killed as a result of air strikes by a Saudi-led military coalition in a village in northwestern Yemen late on Sunday.

According to details, the head of Al Jumhouri hospital in Hajjah told media by a telephone that during the strike a wedding ceremony was targeted where one of the main leaders of the Haiti rebels and Governor Saleh Sadiq were also dead.

The hospital had received 40 bodies, most of them torn to pieces, and that 46 people had been injured, including 30 children, in air strikes that hit a wedding gathering, international media reported.

It is pertinent to remember that Saudi Arabia, the United Arab Emirates and other Arab countries in a collision with Britain and the United States, have been bombing Yemen to try to remove an Iranian-aligned rebel group known as the Houthis from the capital, Sana, and to restore the internationally recognized government.

The civil war is a regional power struggle between the Sunni monarchy in Saudi Arabia, and the Shiite rulers of Iran.

The conflict has killed more than 10,000 people, displaced millions and caused what United Nations officials have called the world’s worst humanitarian crisis.

Yemen was the Arab world’s poorest country before the war, and it now suffers from spreading poverty and a large outbreak of cholera.