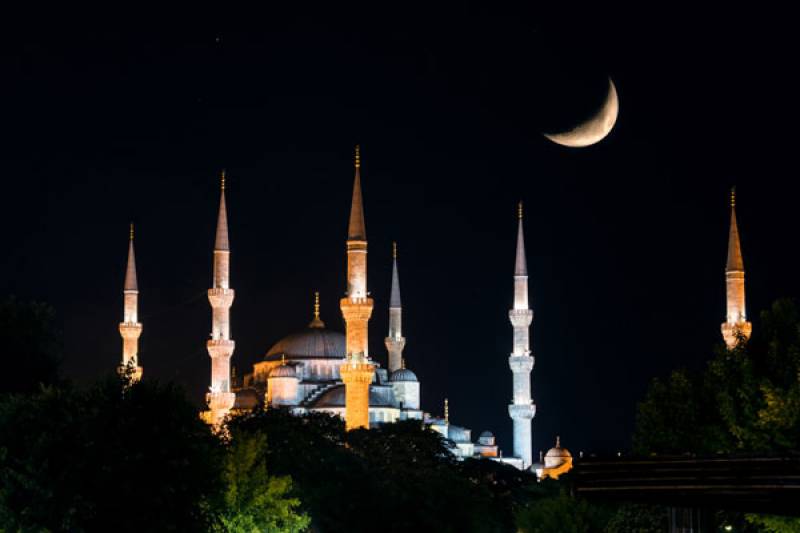 Riyadh (Web Desk): Eidul Fitr will be celebrated in Saudi Arabia, the United Arab Emirates and several countries in Europe on Sunday as the Shawwal moon was sighted on Saturday.

The Saudi royal court announced that the first day of Shawwal would fall on Sunday, according to local media reports.

In an announcement on Friday, the Saudi Supreme Court said that whoever sees the Shawwal crescent moon by the naked eye or binoculars should report to the nearest court and register his testimony.

According to astronomical projections, there was a chance of seeing the moon on the 29 of Ramazan on Saturday.