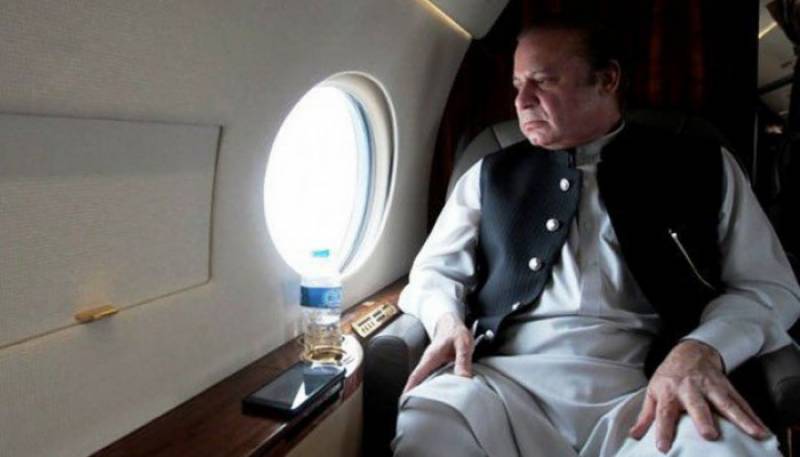 Islamabad (Staff Report): Former prime minister Nawaz Sharif has returned to Pakistan from UK today (Monday) and will appear before the National Accountability Bureau on Tuesday.

According to sources, Nawaz traveled on Pakistan International Airlines (PIA) flight PK-786, which landed in Pakistan at 7am.

Earlier, Nawaz left for London to accompany his wife Kulsoom Nawaz, who is being treated for lymphoma there. She recently underwent a third surgery in London and is reportedly recovering.

A five-member Supreme Court bench had disqualified Nawaz from the PM’s office on July 28 for failing to declare a salary, which he had not withdrawn as an executive of Dubai-based company, as an asset when filing his nomination papers in 2013.

NAB has filed three references against Nawaz Sharif and his children, pertaining to which an accountability court summoned them on September 19. However, Sharifs failed to appear before the court.

At this, NAB moved the court to issue arrest warrants for the former prime minister, but the court rejected NAB’s request and again issued summons for Sharifs to appear on 26 September.

Upon reaching the country, Sharif will hold a high-level party meeting to decide on future strategy and establishing contacts with rest of the political parties.