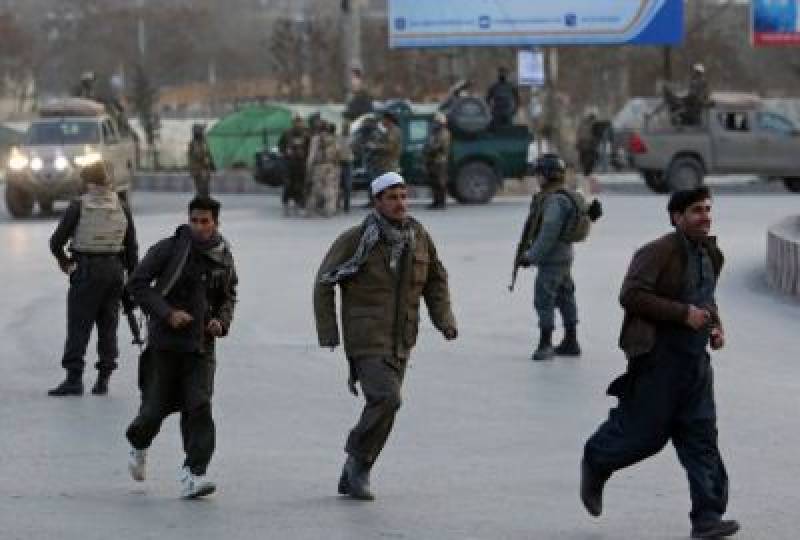 Kabul (Agencies): At least 43 people were killed in an hours-long gun and suicide attack on a Kabul government compound, the health ministry said Tuesday.

No militant group has claimed responsibility for the raid, which caps a bloody year for Afghanistan as long-suffering civilians and security forces are slaughtered in record numbers.

Another 27 people were wounded in Monday's massacre on a site where the Ministry of Public Works and an office that handles pensions and benefits for war veterans are located, health ministry spokesman Waheed Majroh said.

Gunmen stormed the compound mid-afternoon after detonating two car bombs at the main entrance, which is opposite residential apartment blocks.

As they entered two buildings belonging to the Ministry of Public Works and the organisation responsible for supporting war veterans and their families, terrified workers ran for their lives. Some jumped from windows several floors up to escape the militants.

Hundreds were trapped inside for hours as heavily armed security forces swarmed the area, engaging the attackers in a fierce gun battle punctuated by multiple explosions.

Public works ministry employee Amdullah Barekzai hid under his desk for five hours, listening to gunfire and blasts inside his building.

“When the security forces took us from the office, I saw many bodies covered in blood, lying in the corridors,” Barekzai said. At least four militants were killed and more than 350 people freed, officials said. Most of the dead and wounded were civilians, who have borne the brunt of the 17-year war.