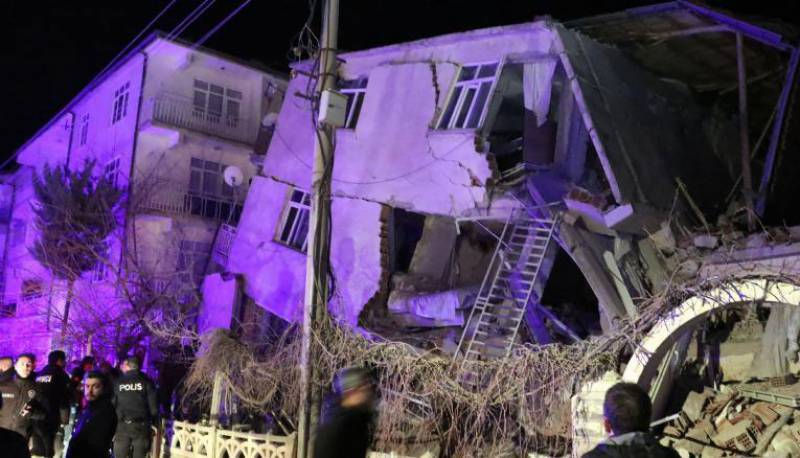 Ankara (Agencies): At least 18 people were killed and more than five hundreds were injured after a 6.8-magnitude earthquake rocked a sparsely-populated part of eastern Turkey on Friday.

Rescue teams from neighboring provinces were dispatched to the affected areas, working in the dark with floodlights in the freezing cold, and Defense Minister Hulusi Akar said troops were on standby to help.

Hundreds of residents were left homeless or with damaged homes.

Around 30 were believed to be trapped inside collapsed structures in Elazig province, Interior Minister Suleyman Soylu said. A video take at the scene shows residents running after the quake hit and emergency vehicles near a damaged building.

Turkish Health Minister Fahrettin Koca, who traveled to the afflicted area together with Soylu, said 13 people were killed in Elazig, including two people who suffered heart attacks, and five others died in Malatya. A total of 553 people were hurt, including 11 who were in serious condition.

Some 30 buildings had collapsed from the quake in the two provinces, according to Murat Kurum, the environment minister.