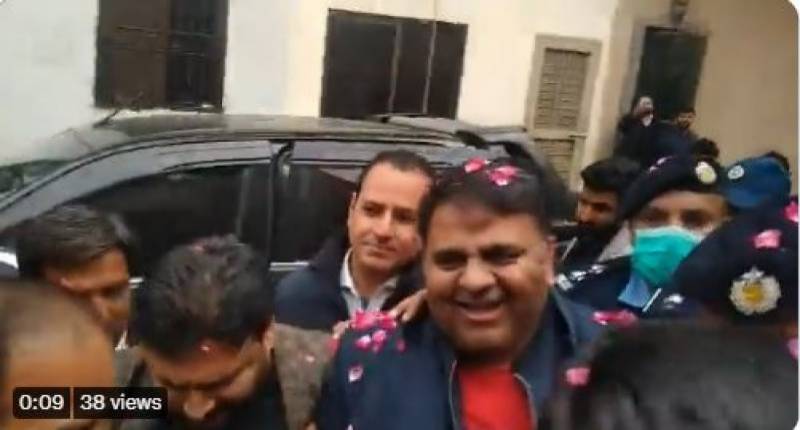 Lahore (Staff Report/Agencies): PTI leader Fawad Chaudhry was arrested by Islamabad police from his Lahore’s residence on charges of sedition in the early hours of Wednesday.

During the hearing of the case, the PTI leader asked the judge to provide him with a copy of the FIR registered against him. He went on to say that he was proud of the charges against him. “Nelson Mandela was also arrested on similar charges.”