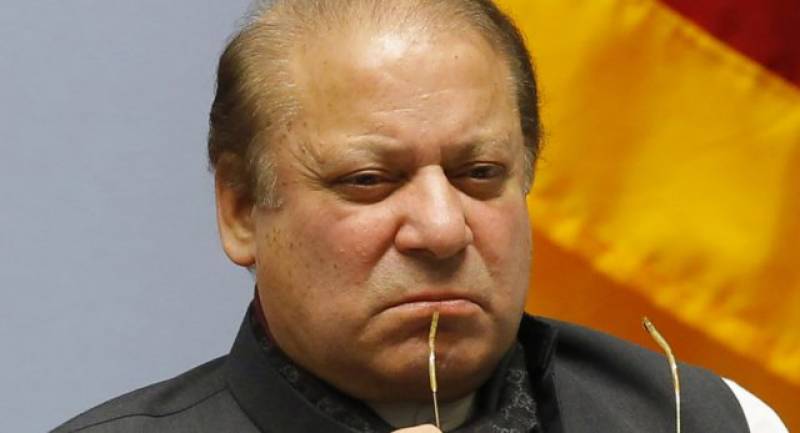 London (APP): Prime Minister Nawaz Sharif  has said the Joint Investigation Team (JIT) – tasked by the Supreme Court to carry out the probe pertaining to the Panama Papers case – is a joke in the name of accountability.

Addressing the Pakistani media here on Sunday, immediately after arriving from Saudi Arabia where he performed Umrah, the Prime Minister said the JIT has lost track of its motives, appears to be headed towards the direction the opposition has taken as opposed to what is good for the nation, doesn’t know what it is looking for, and has objectives that have nothing to do with accountability.

Sharif commented that the JIT has no case against him. “They don’t have an allegation against me. Our businesses are spread over 80 years. What the JIT is doing is not accountability but a joke. We are being distracted by its operations and our time wasted.”

Premier Nawaz said no one could raise a finger against him or his family over their conduct in government for any wrongdoing.

“All of my previous terms in power are like an open book. It is beyond my understanding what they [JIT investigators] are trying to find?” he asked. “Is it any corruption I committed? Is it related to any commission or kickbacks? Looting of the national exchequer? If so, there is nothing of that sort,” he said, adding that the JIT could not answer his questions.

“It seems that the JIT is trying to probe my personal family business that began in 1937 from the Lahore foundry. But they were starting from 1972 and wanted to know from where the money came,” Nawaz said. “But in 1972, I was neither in politics nor had anything to do with the business.”

“On the contrary, the factories were nationalised, and it should be us who should be demanding compensation as assets worth billions were seized and not even a penny given,” he said. “Even so, it is me and my family that are being held accountable.”

“The JIT began with a WhatsApp call; let’s see where it is heading to. Our worst enemies are being called in by the JIT to testify. It is evident what they want,” the prime minister said.

“My political opponents could not accept defeat in the 2013 elections and have been conspiring since then to topple my government. But we will not let conspiracies succeed.” He added that the ‘real JIT’, the people of Pakistan, will vote his party into power again in 2018.

Nawaz said Pakistan today was at a take-off stage today after a lot of effort. He said its economy had stabilised and a new power project was being commissioned every month. “Load-shedding is almost over and a network of roads and other mega projects are being built across the country.”

He admitted the stock exchange index had nosedived due owing to the ongoing situation in Pakistan, but vowed to undertake all measures to stabilise it again.

Regarding recent acts of terror, he said the government along with the armed forces would uproot the menace from the country.