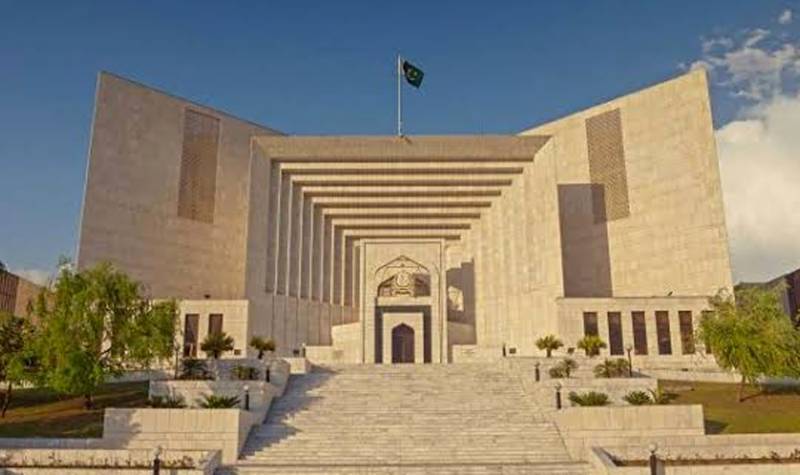 Islamabad (Staff Report/Agencies): The Supreme Court on Friday adjourned the hearing on a presidential reference seeking the interpretation of Article 63(A) of the Constitution.

A five-member larger bench of the top court, headed by Justice Umar Ata Bandial and comprising Justice Muneeb Akhtar, Justice Aijazul Ahsan, Justice Mazhar Alam, and Justice Jamal Khan Mandokhel heard the reference along with a plea filed by the SCBA against public gatherings of the Opposition and the government in the federal capital — ahead of the no-confidence motion against Prime Minister Imran Khan.

On Thursday, the SC observed that the lawmakers are bound to follow the policy of the political party they are affiliated with, adding that the real question was how long a dissident MNA could be disqualified for.

CJP Umar Ata Bandial said it is insulting for lawmakers if they are not allowed to cast their vote as the process regarding Article 63-A is very clear, adding that Article 63(A) is a “discipline of the emerging political system.”

Attorney General of Pakistan (AGP) Khalid Jawed Khan had submitted the reference seeking the SC’s opinion on Article 63-A of the Constitution on March 21.