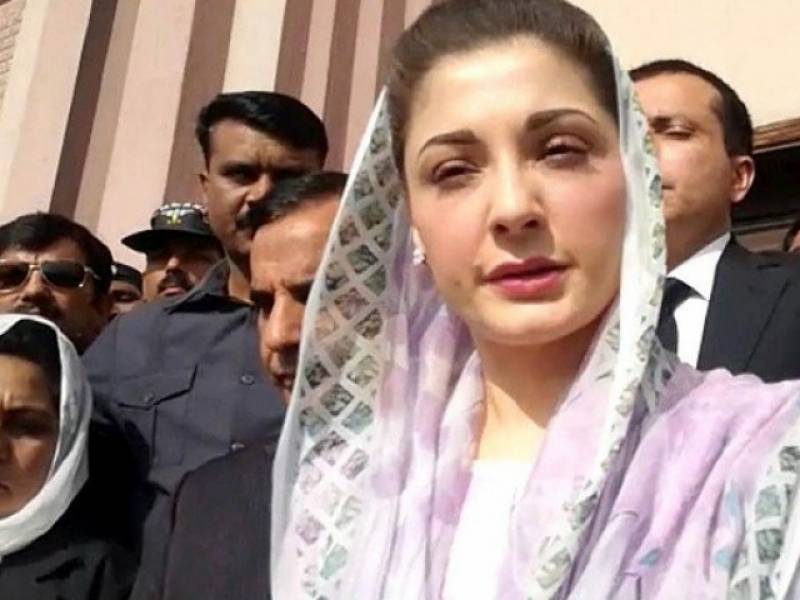 Islamabad (Staff Report/Agencies): Maryam Nawaz, daughter of former prime minister Nawaz Sharif, while recording her statement in Avenfield reference on Friday, remarked that the flats in London are the property of her brother Hussain Nawaz, adding that he is also the beneficial owner of Nielsen and Nescoll.

She also said that the CD and transcript of Hussain Nawaz’s interview to a private television channel is not as per the law.

The Avenfield reference, pertaining to the Sharif family's London properties, is among three filed against the Sharif family by the National Accountability Bureau (NAB) last year on the Supreme Court's directives.

During the court proceedings, Maryam further shared that the report compiled by forensic expert Robert Radley cannot be trusted as it is contrary to the facts.

Questioning the credibility of the forensic report prepared by Robert Radley, Maryam said that the report carried contradiction in the facts; therefore, it cannot be trusted.

She added that the Supreme Court did not ask any question about the trust deeds regarding Nielsen and Nescoll when it was submitted during the Panama Papers case hearing.

Maryam said that the JIT initiated probe regarding the trust deed on its own and sought help from a so-called forensic expert with bad intentions. She also termed the process of hiring the expert and sending him documents suspicious. The report was prepared on the basis of a scanned copy which is unacceptable.

“Robert Radley was hired through Wajid Zia’s cousin. We were never informed why the services of Radley not taken through the foreign office,” PML-N leader said.

She claimed that Radley’s services were hired to make a fake report. The report was prepared to include her and her husband’s name in the case.

Robert W Radley of Radley Forensic Document Laboratory was hired by the JIT for examination of the documents submitted by the Sharif family regarding Avenfiled apartments.

Radley had identified that the type of font used in the trust deed declarations was ‘Calibri,’ which was not commercially available before Jan 31, 2007.

Maryam started his testimony on Thursday when she raised the concerns highlighted by his father during his three-day long testimony. Maryam questioned the credibility of members of the joint investigation team, set up by the Supreme Court to probe assets of the Sharif family.