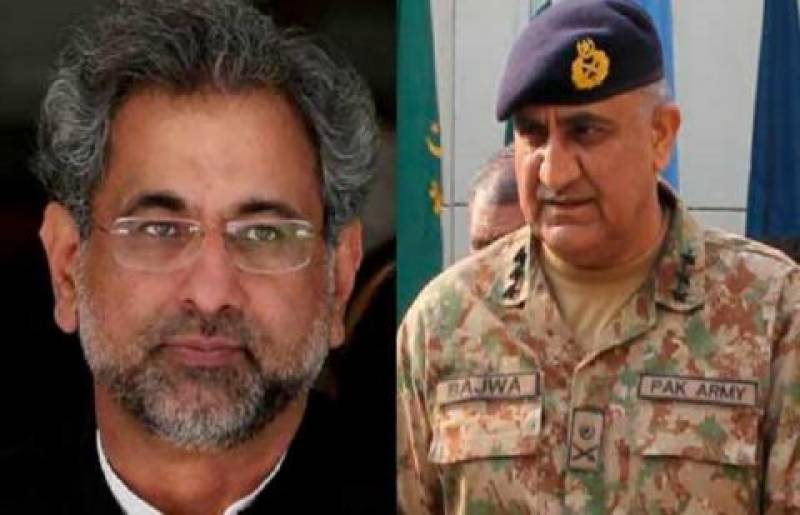 “COAS telephoned PM. Suggested to handle Isb Dharna peacefully avoiding violence from both sides as it is not in national interest and cohesion,” DG ISPR Major General Asif Ghafoor tweeted on Saturday.

More than 200 people ─ including protesters and security forces ─ were injured as police, the Frontier Constabulary and other law enforcement agencies employed teargas shelling and rubber bullets to disperse the protesters.

The crackdown ordered by the Islamabad High Court was launched after the last of a long series of deadlines lapsed today morning without response from the agitating parties.

About 8,500 elite police and paramilitary troops are taking part in the operation.

According to Pakistan Electronic Media Regulatory Authority (PEMRA), the “live coverage of any security operation is prohibited, therefore all Satellite TV channels licenses are directed to exhibit utmost sensitivity over the matter and comply with Clause 8(8) of Electronic Media (Programmes and Advertisements) Code of Conduct 2015, in letter and spirit and refrain from live coverage of the ongoing operation at Faizabad, Islamabad.”