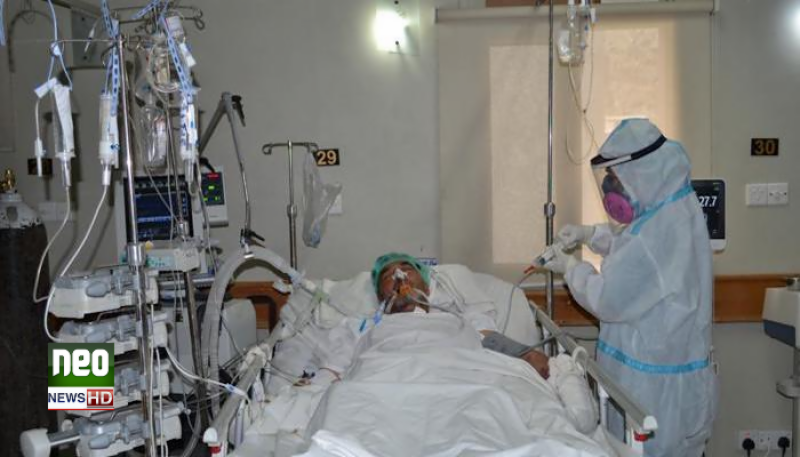 Lahore/Quetta/Karachi/Peshawar (Staff Report/Agencies): The number of confirmed COVID-19 cases in Pakistan rose to 1,283,223 on Thursday after 363 new cases surfaced in the country during the last 24 hours.

As per the National Command and Operation Centre (NCOC) data, 41,240 tests were conducted in last 24 hours while positivity ratio remained 0.88%.

According to the government's COVID-19 portal, the death toll related to coronavirus has reached to 28,690 with 13 fatalities reported during the last 24 hours.

Over the last twenty four hours, total number of recovered COVID-19 patients across the country reached 1,240,995 after another 1,000 virus recoveries were reported.

Meanwhile, more than 130 civil society groups largely from developing countries are calling for the World Trade Organisation (WTO) to cancel a ministerial conference next week and instead concentrate on approving an intellectual property waiver for COVID-19 vaccines.

The groups, organised under a loose coalition called "Our World is Not For Sale," said in a letter to WTO members that "vaccine apartheid" caused by WTO intellectual property rules must be resolved first. The meeting would otherwise "lack any pretence of legitimacy", especially when some ministers may not be able to travel to Geneva, it said.

The group's coordinator, Deborah James, acknowledged that a postponement was unlikely, but said that some developing countries are demanding that a waiver take precedence over other WTO priorities, including fisheries and agriculture negotiations.

It is pertinent to mention that the global coronavirus cases have reportedly surpassed 259.913 million and death toll tops 5,195,962.