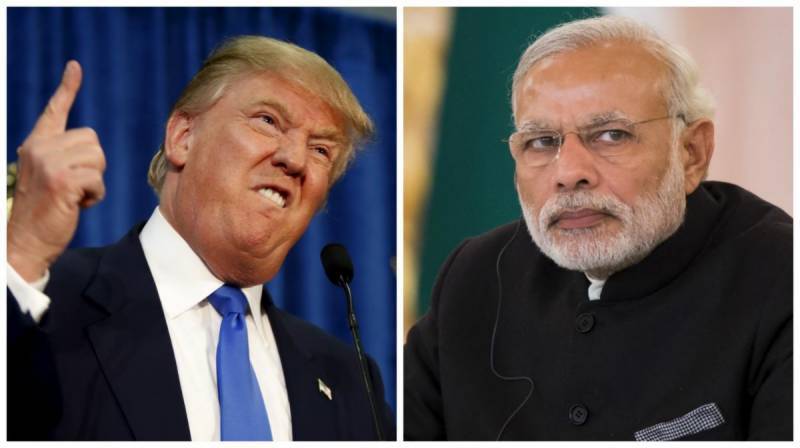 France (Web Desk): US President Donald Trump and Indian Prime Minister Narendra Modi are set to meet at the G7 Summit in France on Monday, where Trump will reportedly press the Indian premier to lift a communications blackout in occupied Kashmir and show "utmost restraint".

On August 5, Modi's Hindu-nationalist government revoked the autonomy of the Muslim-majority territory where tens of thousands of people have been martyred in an uprising against Indian occupation since 1989.

New Delhi sent reinforcements to the estimated half a million troops already stationed in occupied Kashmir, cut phone lines and the internet, placed severe restrictions on movement and arrested thousands, according to multiple sources.

The turning of the disputed valley of seven million people into a fortress of barricades and barbed wire has not prevented protests and clashes with security forces taking place, however. India says no civilian has died from police action since August 5.

But residents have said at least three people have been martyred, including a young mother who choked after police fired tear-gas canisters into her home.