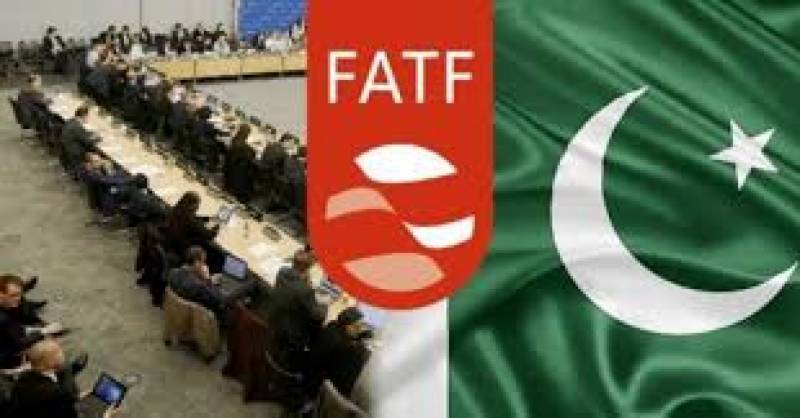 Paris (Web Desk): The Financial Action Task Force (FATF) on Thursday said that Pakistan will keep on its ‘grey list’, with the country’s status set to be reviewed next at an extraordinary plenary session in June 2021.

The announcement was made by FATF President Dr Marcus Pleyer at a press briefing on the outcomes of the FATF’s four-day virtual plenary meeting, during which steps taken by Pakistan against terror financing were reviewed.

Speaking via a live video link, the FATF President Dr Marcus Pleyer said that while FATF recognises Pakistan’s counterterrorism efforts, there are still some serious deficiencies that the country needs to address.

“Out of the 27 conditions of the action plan, three still need to be addressed,” he said. “I recognise Pakistan’s efforts, and out of the six tasks that it had to complete, three had been done, but it substantially needs to work on the remaining three in terms of terror financing.”

Pleyer stressed that Pakistan must continue to work on the items that it has committed to and make sure that it meets all the requirements, adding that FATF will once again review Pakistan’s efforts in June 2021.

Replying to a question related to terrorists’ prosecution in Pakistan, he said that the body is “not an investigative organisation,” and that it “does not look at single incidents but takes a look at the entire framework” to decide a country’s status.

He said that the risk of Pakistan being put on the blacklist had not gone, and that the country must continue to work on outstanding action points to fix its financial monitoring mechanisms.

“The deadline for Pakistan [to meet the 27 conditions] had expired, that is why the body had urged Pakistani authorities to ramp up their efforts in dealing with the items.”

Regarding India, he said that the country has been subjected to the “same rules as others,” adding that the watchdog would take a look at India when the time comes.

Pleyer added that FATF continues to monitor financial crimes and terror financing which have become more complicated due to the ongoing coronavirus pandemic.

Back in October 2020, FATF had acknowledged that of the 27 conditions that were put forth to Pakistan, 21 had been fulfilled while six were left.

At that time, Dr Pleyer had said that once the remaining six conditions are fulfilled, an “on-site visit” will be approved under which a team from the FATF will visit the country for the next review.