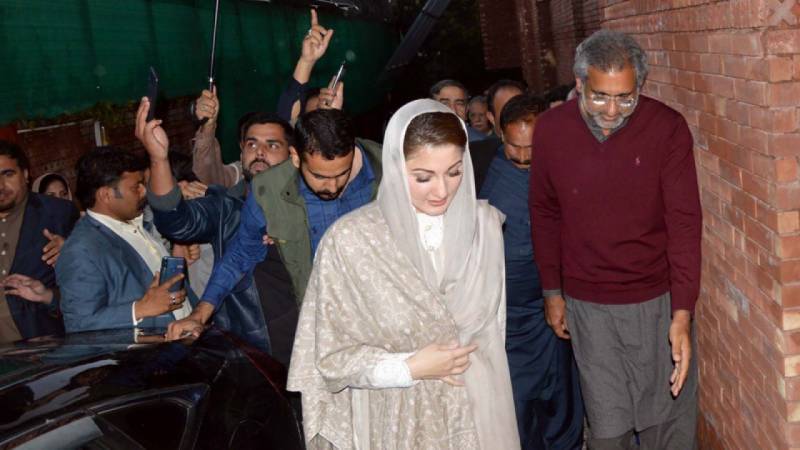 A petition had been moved in the IHC seeking contempt of court proceedings against PML-N Vice President Maryam Nawaz and ex-prime minister Shahid Khaqan Abbasi over their statements related to former chief justice Saqib Nisar.

While dismissing the petition, filed by Advocate Kulsoom Khaliq, IHC Chief Justice Athar Minallah said in his written order that a judge who ceased to hold a judicial office "attains the status of a private citizen".

"Such a person is no more a member of the ‘Court’ in the context of Article 204 of the Constitution nor under the Ordinance of 2003," Justice Minallah wrote.

He said judges were entrusted with an "onerous duty to serve the people through the fountain of justice and they are not immune from public scrutiny nor criticism".

"An independent judge would not be influenced nor affected in any other manner because of public criticism," Justice Minallah said continued.

The IHC chief justice explained that the exercise of the power of contempt would be justified only if it was in the public interest.

"In the case in hand, the petitioner seems to be hurt because a former Chief Justice of Pakistan (CJP) has been publicly criticised in his individual capacity. This definitely does not attract the offence of contempt," the order read.

Earlier on Wednesday, PML-N vice president Maryam Nawaz, held a press conference in Islamabad and demanded former chief justice of Pakistan (CJP) Mian Saqib Nisar to come forth and tell the nation who "pressured" him and whom it was that he "could not refuse" to convict her and her father former premier Nawaz Sharif in the wake of the recent surfacing of an audio leak of the ex-top judge.

Former CJP Saqib Nisar has already strongly denied that he issued any extra-legal or illegal instructions in any corruption cases against the Sharifs. He has said the audio clip in question has been fabricated and he is contemplating what kind of legal action he will take against it.

On November 16, IHC issued show-cause notices to all the parties in a case regarding allegations levelled against former chief justice of Pakistan Mian Saqib Nisar by Gilgit-Baltistan’s ex-top judge Rana Shamim.

On November 15, IHC Chief Justice Athar Minallah, under the Contempt of Court Ordinance, took notice of a news story, which claimed that in 2018 Nisar influenced judicial proceedings to prolong the detention of former premier Nawaz Sharif and his daughter Maryam Nawaz following their conviction in the Avenfield apartments reference. The allegations were made by Gilgit-Baltistan’s former chief judge Rana Shamim.

During the hearing, IHC CJ Athar Minallah remarked, “I trust each and every judge of the court. The judges can also be made accountable and criticized. An environment of disbelief will prevail in society if people stop trusting the courts.”

Athar Minallah told the he had also faced social media backlash. He further directed the journalist to read his story’s headline. The IHC CJ asked where the former judge had notarized this affidavit as it is not part of any record of this court.

The court sought a reply from all parties in seven days, and ordered them to appear in person on November 26.