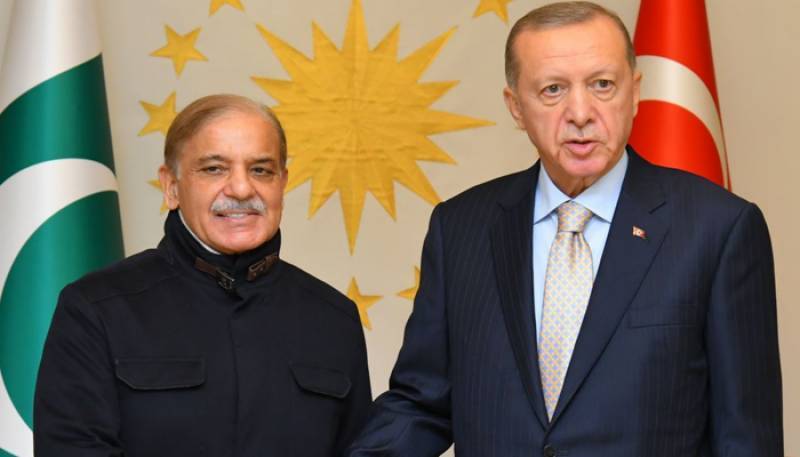 During the talks, both sides reviewed bilateral relations, with particular emphasis on the ongoing cooperation in diverse fields including trade and investment, defence cooperation, education, connectivity and health.

The two sides reaffirmed their commitment to take the bilateral trade volume to five billion dollars within three years, to exploit the immense untapped potential between the two countries.

Both leaders agreed to take robust follow up action for the implementation of Trade in Goods Agreement that was signed by the two countries in August this year.

The Prime Minister stressed the need to explore avenues of furthering cooperation in the area of renewable energy, particularly wind and solar energy.

PM Shehbaz also called on the Turkish conglomerates to invest in Pakistan’s renewable energy sector as the power-deficient country was in dire need of sustainable sources.

“Turkiye investors are invited to build a solar park that could generate around 10,000 megawatts of energy for the country,” the PM said.

According to a statement issued by the Foreign Office, the premier is undertaking the visit at the invitation of Turkish President Recep Tayyip Erdogan.

During the visit, President Erdogan and PM Shehbaz Sharif will jointly inaugurate the third of the four MILGEM Corvette Ships for the Pakistan Navy, PNS Khaibar, at the Istanbul Shipyard.

The MILGEM project, based on joint collaboration between the two countries, represents a significant milestone in the Pakistan-Turkiye strategic partnership that continues to progress on an upward trajectory.

The launching ceremony for the first Corvette for the Pakistan Navy, PNS Babur, was performed in Istanbul in August 2021 while the groundbreaking for the Second Ship, PNS Badr, was held at Karachi in May 2022.