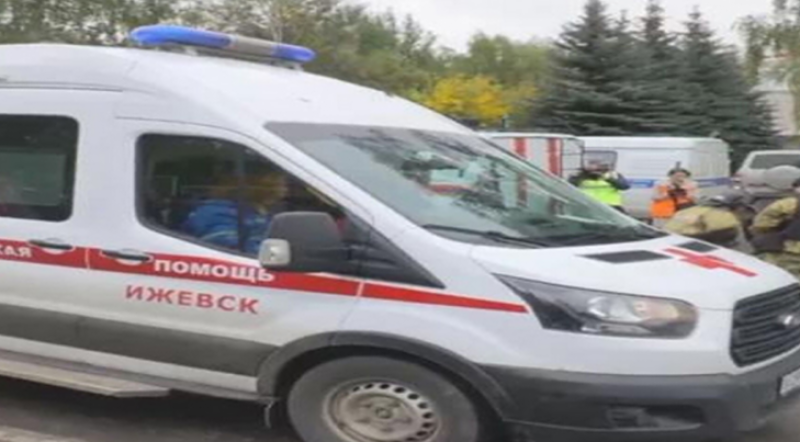 Moscow (Web Desk/Agencies): At least 13 people, including seven children were killed and several others wounded when a gunman opened fire in a school in Izhevsk city in central Russia.

According to foreign media quoting a statement by Russia’s Investigative Committee, thirteen people, including six adults and seven minors, were killed because of this crime while 14 children and seven adults were injured.

Rescue and medical workers could be seen in the background, some running inside the school with stretchers.

As per the law enforcers, the gunman described as 'mentally ill' shot himself after carrying out the shootout.

A city of around 630,000 people, Izhevsk is the regional capital of Russia’s Udmurt Republic, located around 1,000 kilometres (620 miles) east of Moscow.

The attack was the latest in a series of school shootings that have shaken Russia in recent years and came with the country on edge over efforts to mobilise tens of thousands of men to fight in Ukraine.