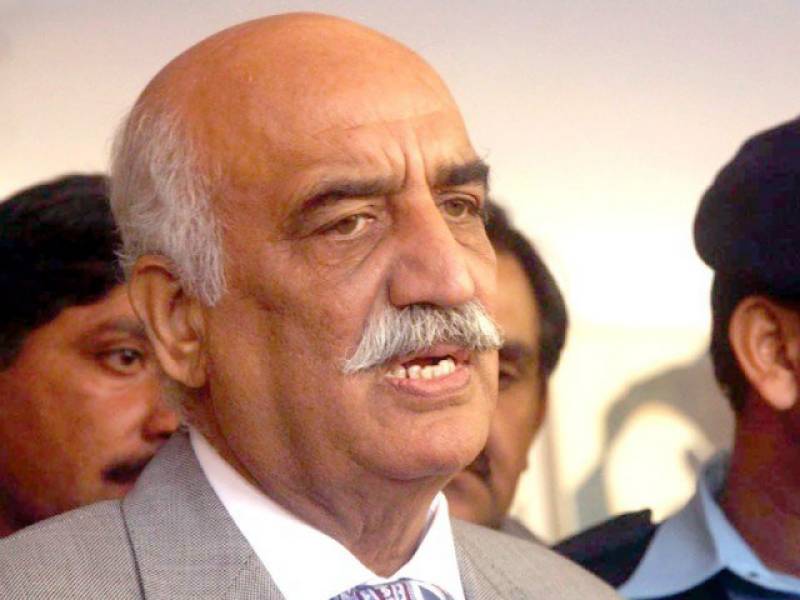 Islamabad (Staff Report): Pakistan Tehreek-e-Insaf Chairperson Imran Khan must disclose the name of the person person who had offered him Rs10bn otherwise he will have to leave politics, said opposition leader Khursheed Shah on Thursday.

According to details, Shah was talking to media while he demanded that "Imran should mention the name to prove his claim," he added, “the issue of Imran being offered money should also be investigated.

"His claim is a public property as it was said before the media so, he will also have to prove the accusation," he maintained.