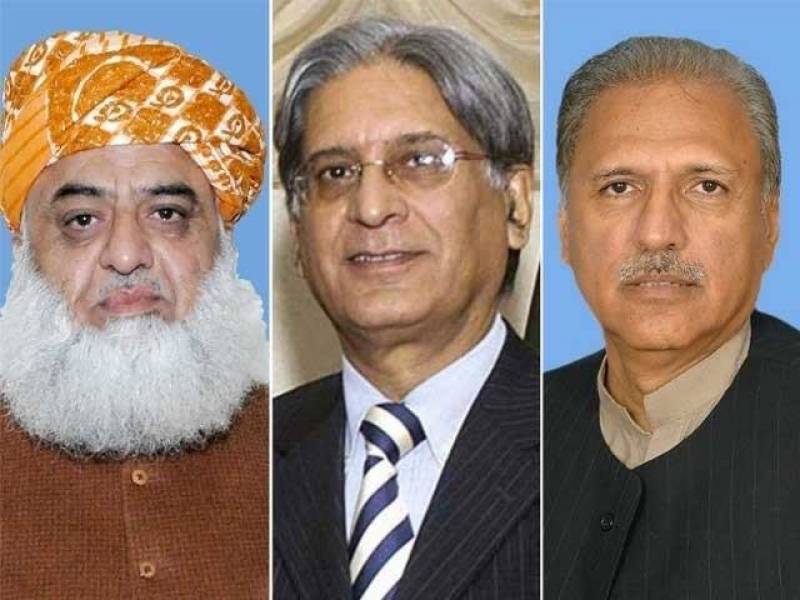 Aitzaz said that he was not expecting the objections raised by PML-N’s senior leader Pervez Rashid against him.

The PPP's nominee admitted that the PTI will benefit if the opposition parties field more than one candidate for the presidential race.

Aitzaz said he has been in politics since 1964 and during this period, he always stood up against the dictatorship.

Meanwhile, Pakistan Muslim League-Nawaz (PML-N) and other opposition parties except PPP nominated Maulana Fazlur Rehman as their candidate for the slot.

Mualana Fazlur Rehman’s paper were submitted in the Islamabad High Court. He could not appear in person whereas his lawyers submitted his authority letter for the completion of the procedure.

Leaders of joint opposition parties were also present on this occasion.

Talking to media, ML-N leader Ahsan Iqbal said that Amir Muqam will be the covering candidate of Maulana Fazlur Rehman.

The decision of Fazl’s nomination came after PPP and other opposition parties failed to field a joint candidate for the presidential race.

Monday (Today) is the last day for submission of nomination papers by candidates for the presidential election.

According to Election Commission of Pakistan (ECP), candidates can file their nomination papers with presiding officers in Islamabad, Lahore, Karachi, Peshawar and Quetta.

The Chief Election Commissioner (CEC) will conduct scrutiny of the nomination papers in Islamabad on Wednesday at 10am.

Candidates will have until Thursday, August 30 to withdraw their nomination papers, after which the final list will be made public on the same day.

Polling for election of President will be held on September 4 in which members of Senate, National Assembly and four provincial assemblies will cast their votes.