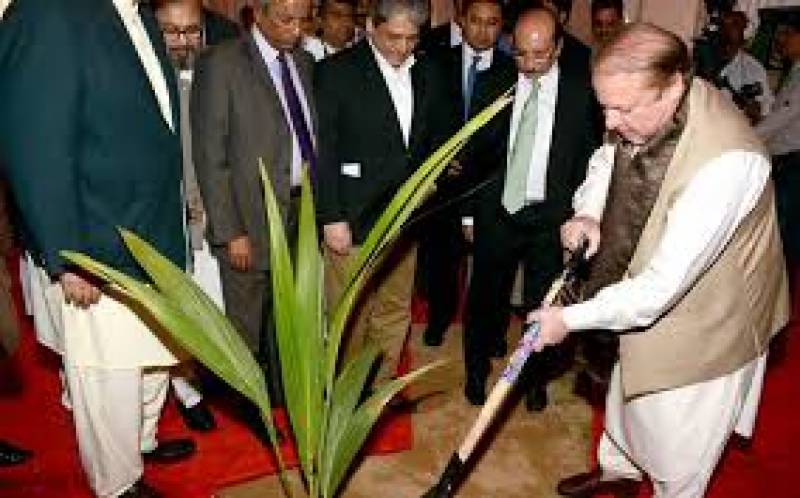 Islamabad (Web Desk): The Ministry of Climate Change has failed to live up to its promises yet even the following year 2016 is about to end.

The Green Pakistan Program (GPP) to boost forest cover across the country, was to be launched by Ministry of Climate Change in the opening six months of the current year. However, not only there has been delay, the program has not been launched altogether.

Last year, after attending the 21st international Climate Change Summit (Cop21), the approval for GPP was given by PM Nawaz himself.

A total of 2 million rupees were allocated for the GPP project by the Federal Government. However, due to the Ministry’s lack of interest, the money has not been utilized at all.

The Ministry has now reworked the plan and sent a letter to the PM Office, inquiring about the inauguration date. According to the report, 11th August has been confirmed.

The entire project was worked out, even the small details but the project saw inexcusable delay at the last moment, the source claims.

The source summarized that after the approval of the project, PM Office did not inquire about the progress and there were no guidelines, instructions or efforts seen from Minister of Climate Change Zahid Hamid either.

At the Cop21, not only GPP was approved but Imran Khan’s one-billion tree plantation project was also discussed. In the upcoming five years, the federal government is looking to plant one-billion trees in different parts of the country in a bid to boost the country’s forest cover.

Syed Rizwan Mehboob, the PM’s focal person on Climate Change, informed about the funds that a proposal of a budget of Rs. 3 billion has been sent to the Executive Committee of National Economic Council (ECNEC) for approval.

The Ministry has called set up a meeting in the second week of January, next year, gathering all the representatives of the provinces, Syed Rizwan Mehboob told. The Ministry wants to start this project without delay, he said.

He added that the Federal Government would start providing funds to provinces after the approval of the money.

Govt. punishes over 8,000 people for misuse of state funds