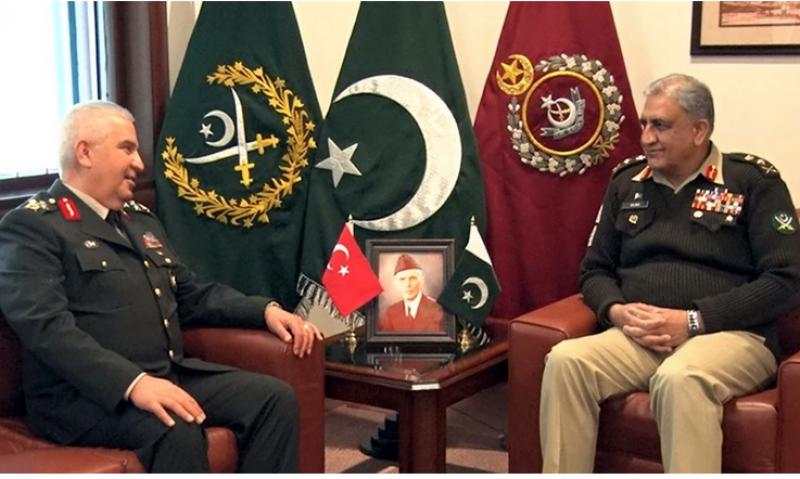 According to a statement issued by the Inter-Services Public Relations (ISPR), the COAS was talking to Chief of General Staff Turkish Land Forces Lieutenant General Veli Tarakci, who called on him at the General Headquarters (GHQ) in Rawalpindi today.

During the meeting, matters of regional security situation, mutual and professional interest with special emphasis on defence and security collaboration between the two brotherly countries, were discussed.

The army chief underscored the importance of peace and reconciliation initiatives in Afghanistan.

“We highly value our brotherly relations with Turkey, which are deeply rooted in history and entrenched in our cultural and religious affinities,” the COAS said.

Both sides agreed to further optimize military to military ties particularly in training and counter-terrorism domains.

The visiting dignitary acknowledged the professionalism of Pakistan Armed Forces and vowed to enhance cooperation in various fields.