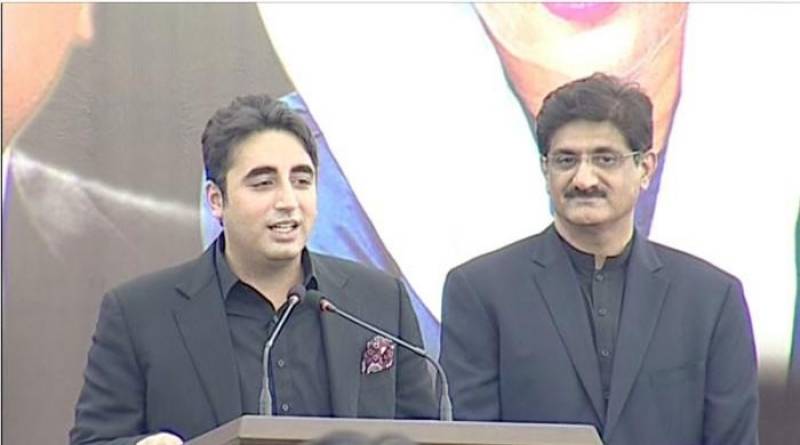 According to details, Bilawal was of the view that through infrastructure development we aim to increase employment opportunities for the people of the province.

He congratulated Sindh government on the completion of this development project, adding that government has to pursue National Action Plan (NAP) strictly to counter terrorism properly .

Bilawal shared his plans to participate in Parliamentary politics and said that the elections are around the corner and preparations for elections are in full swing.

He also expressed anxiety over countrywide suffering and agony.

He further said that no final decision has yet been taken about the inclusion of Irfanullah Marwat in PPP.

CM Sindh Murad Ali Shah also attended the ceremony where he said that other provinces use provincial funds for infrastructure development but Sindh government has constructed this bridge under the policy of self-help, with a cost of Rs. 4.5 billion.