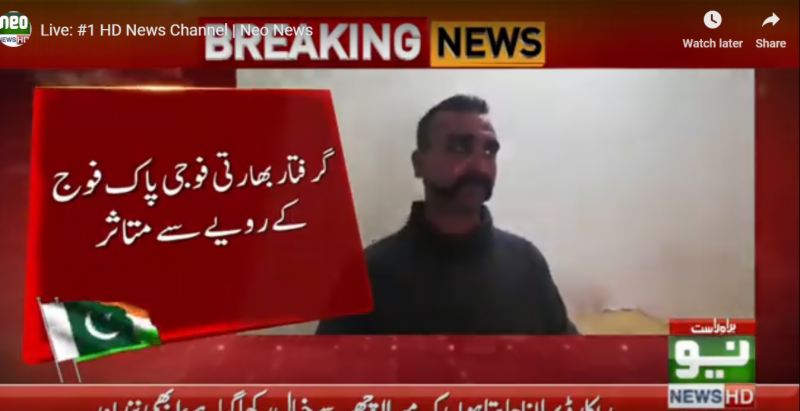 The captured pilot, in a video clip, said that he wanted ‘to bring this on record’ that he has being treated well. Pakistan Army‘s behaviour is quite professional and impressive, he added.

Meanwhile, Indian Ministry of External Affairs (MEA) has confirmed that a MiG 21 was shot down and its pilot is missing.

“We unfortunately lost one MiG-21 in this engagement and an Indian pilot is missing in action. Pakistan claims the pilot is in their custody, however we are ascertaining the facts,” said Indian MEA spokesperson while addressing a press conference.