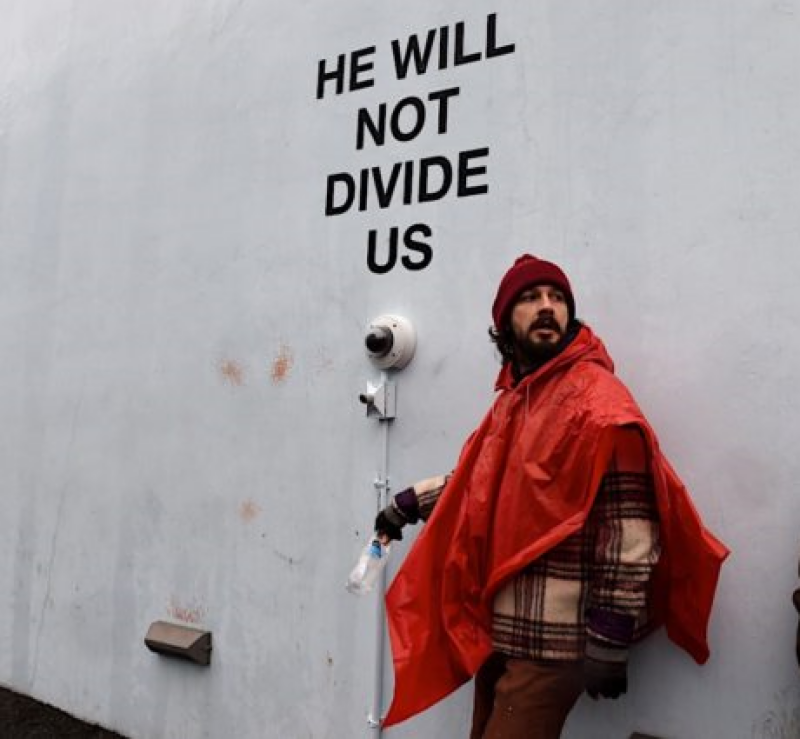 According to police, outside the museum the actor was chanting, "He will not divide us" during a live-streamed protest against President Donald Trump.

A police spokesman told, the "Transformers" and "American Honey" star allegedly pulled a 25-year-old man's scarf, scratched his face and shoved him at about 12:30 a.m. EST outside the Museum of the Moving Image in the borough of Queens.

The cause of the argument and slogan was unknown. The 30-year-old actor was chanting "He will not divide us" into a live-stream camera mounted on a wall when the incident took place.

According to their website, earlier on January 20, LaBeouf and two other artists began the protest the day that Republican Trump was inaugurated as the 45th president of the USA. They have invited the public to repeat the words into the camera nonstop for the next four years in a "participatory performance".

According to police spokesman, LaBeouf was released after being charged with misdemeanor assault and harassment. He is scheduled to appear in court on April 4.

LaBeouf’s representatives immediately respond to a request for comment.